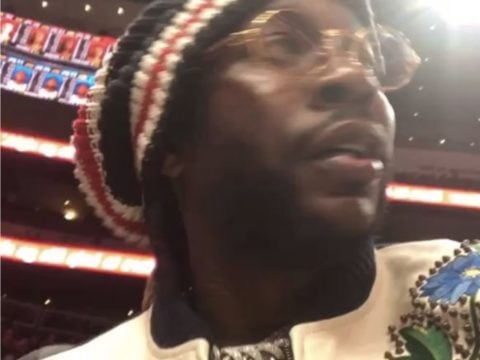 Atlanta rapper 2 Chainz is giving fans something to get excited about. The hip-hop veteran has treated fans to a low-key shot of himself in the studio with today’s biggest rap stars.

Deuce went to Instagram Sunday (November 11) with an epic-looking pic of himself linked up alongside Cardi B and Migos leader Quavo.

ONLY IN ATLANTA AKA WAKANDA