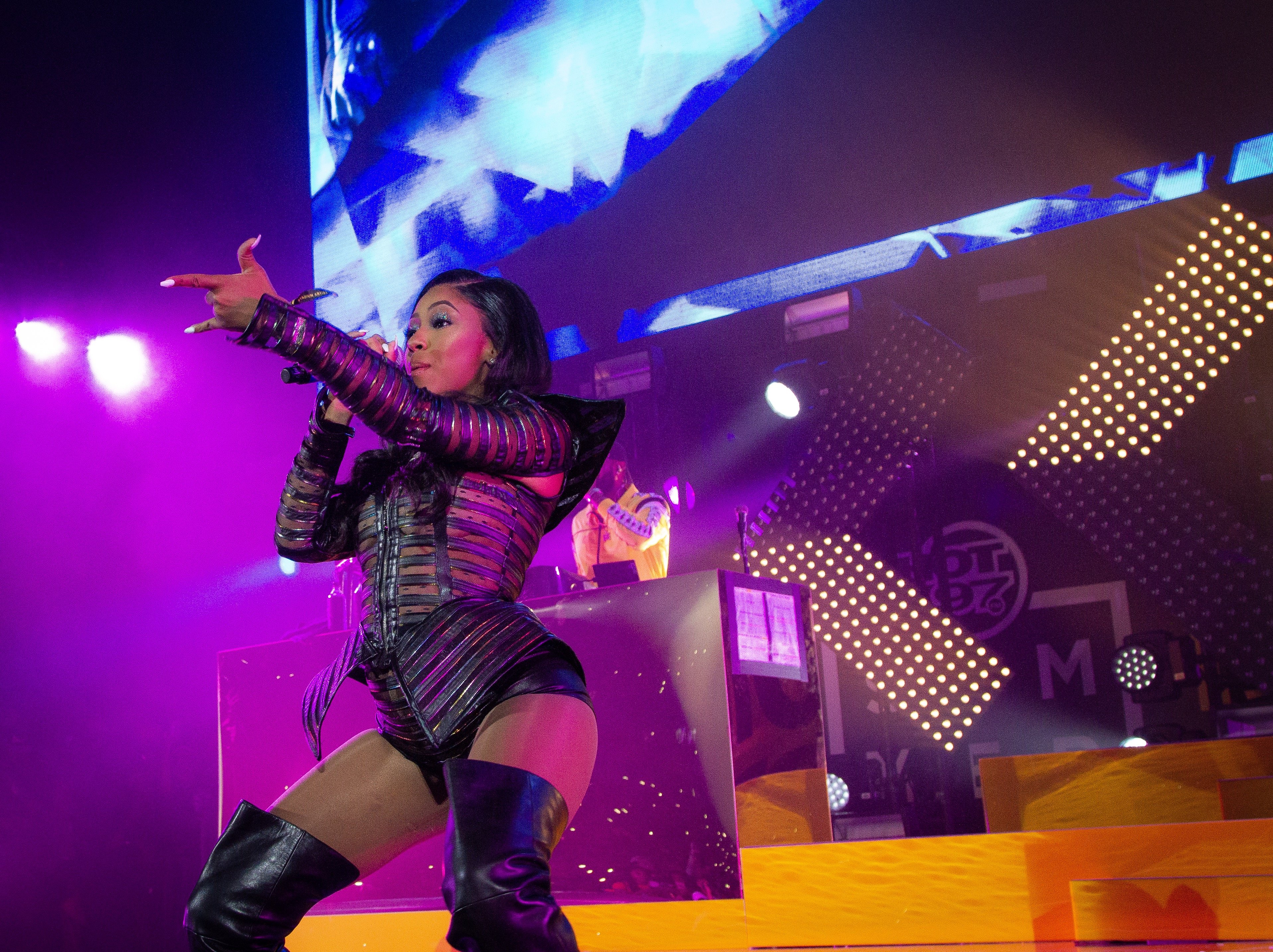 Kodak Black acted up, Yung Miami threatened to snatch his dusty ass up. A freestyle from the walking parole violation popped up earlier this week where he rapped about punching the pregnant City Girl in the stomach. Both she and her and her boyfriend had some choice words for Black.

“And I bought Yung Miami a ring, she wanted 808’s baby/When I see her I’mma hit that bitch in her stomach/The way I keep this shit too real fuckin’ up my money,”

#PressPlay: #KodakBlack spit a few bars over the phone as he continues to serve his time in jail!! (SWIPE)

Yung Miami’s boyfriend was the first to respond to Kodak directly and stated in a video he shared on social media:

The City Girl followed her boyfriend speaking up for herself in a fan’s comment section.

Kodak’s uncalled for lyrics directed at Yung Miami is the latest in a string of problematic behavior he has displayed towards women Black women. The rapper who has been accused of raping an underage girl in South Carolina also got in trouble for the anti-LGBTQ lyrics he spewed at Young M.A. He also caught flack for shooting his shot at Lauren London just weeks after she lost the father of her child Nipsey Hussle. T.I. and The Game checked the Florida rapper but only because they are friends with Hussle.

Kodak is the pure definition of a troll.