Rap star and business mogul Curtis Jackson (aka 50 Cent) really is not having it from his baby mother, Shaniqua Tompkins.

Last week, we reported that Shaniqua and Nas’ first baby mother, Carmen Bryan are talking about doing a reality show. This news must not have sat well with the former Power star. Check out how 50 took to IG to express his intentions of shutting that idea down.

See right here Shaniqua this is the life rights agreement you signed. See this paragraph says you can’t do reality Tv ok. LOL

In this post, he is sitting in what looks like someone’s high school gym’s bleachers. Along side is a golden retriever pantingly looking over his shoulder, while 50 is supposedly saying “See right here Shaniqua this is the life rights agreement you signed. See this paragraph says you can’t do reality Tv ok.” Everyone knows a female dog is called a “b*tch.”

The follow up post went even further as he implied that she should start stripping in Vegas. What in the Queen Latifah is he thinking?

you starting to look a little thirsty you ok? Child support ls over

l don’t know what else to say,

wait call Floyd he will let you strip at his joint. #bellator #lecheminduroi

Marquise (50 and Shaniqua’s son) claps back like only a son could.

Shaniqua doesn’t seemed phased. She told TMZ that she thinks he is just being silly and probably just a little afraid of what she has to say (After all, she knows where the bones are buried on Guy Brewer Blvd.). 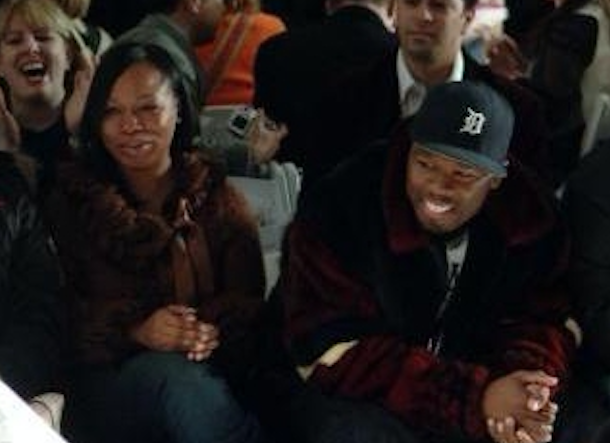 The post ‘Who You Calling A B*tch?’ 50 Cent May Have Gone Too Far appeared first on The Source.