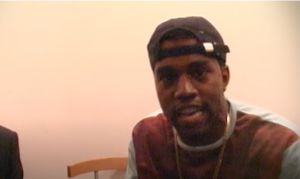 After staying in the news the entire summer for his unconventional promotion of his prolific DONDA album, Kanye West has now offered up a teaser trailer of his Netflix-powered documentary Jeen-Yuhs, a three part series that focuses on the last two decades of West’s career.

The trailer features a short snippet with Yeezy and Brooklyn slang spitter Mos Def rocking their verses from their collabo track “Two Words” back in 2002. Co-directed by Coodie Simmons and Chike Ozah, who directed some of Ye’s early videos, Jeen-Yuhs zeros in on West’s run for POTUS and the impact of the death of Kanye’s mother, Donda West.

See the trailer below.