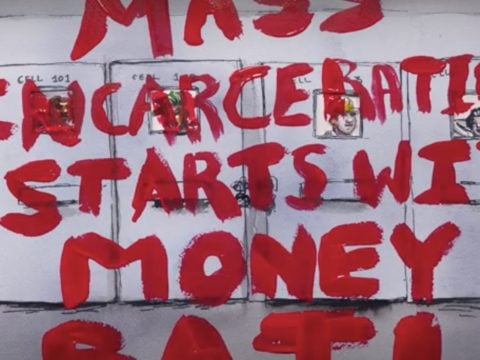 R&B singer John Legend is digging into the truth about the horrific realities of money bail around the country. The crooner leads the charge in a new must-see video focused on revealing how mass incarceration and money bail are uncomfortably connected.

EACH YEAR, MILLIONS OF PEOPLE ARE FORCED TO PAY MONEY BAIL AFTER THEY ARE ARRESTED.
Across the country, there is widespread, unchecked racism when it comes to who prosecutors and judges force to pay bail, and how much they are forced to pay.

Just over two decades ago, most people arrested for felonies were released without having to pay bail. But today, millions of people must pay bail in order to avoid detention in jail while their case is underway, even though they are still presumed innocent.

Insurance corporations make a huge profit from money bail, and keep this injustice going by making political contributions to the local legislators who could end it. “Public safety” is rarely the issue in money bail cases, yet it is always used by the industry to cover up what they are doing. (Color of Change)

The post Watch: John Legend Exposes Truth About Horrific Money Bail Industry & How We Can End It appeared first on SOHH.com.