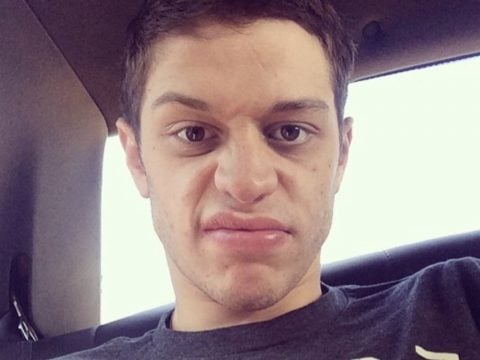 “Saturday Night Live” star Pete Davidson pulled a major no-no. New reports claim the formerly engaged actor broke a low-key truce he made with Ariana Grande by joking about their relationship on an “SNL” promo.

According to reports, Grande took personal offense when Davidson referenced their break-up in a new clip.

Our sources say Pete got word Ariana was upset, and decided he didn’t want to go through with the skit he’d written for this week’s ‘SNL’ — they had an agreement, after all. He discussed it with executive producer, Lorne Michaels … and he signed off on pumping the brakes. As for the promo airing? We’re told it was already in the works, and it was too late to pull it. (TMZ)

Davidson cracked a joke about the fact he’s single during a promo for this weekend’s ‘SNL’ — asking musical guest Maggie Rogers if she wanted to get married. Our sources connected to ‘SNL’ say Pete had been in good spirits while prepping for the show — and was open to making jokes about jumping into relationships too soon. So, that’s what happened during the promo … but Ariana Grande wasn’t laughing — she tweeted a shot at her ex. “For somebody who claims to hate relevancy u sure love clinging to it huh. thank u. next.” (TMZ)

Last month, Ariana hit up her Instagram Story with a clip of late ex-boyfriend Mac Miller getting dressed up.