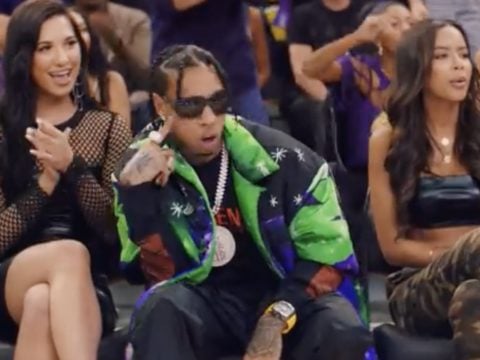 G.O.O.D. Music’s Tyga is really on his rap grind. The hip-hop artist has come through on a promise to deliver some new tunes.

Yesterday, the hip-hop star went to Instagram to get fans prepared for the new records.

They met in 2011 while filming the music video to his song Rack City and were later engaged in December 2012 before splitting up in 2014. And while Blac Chyna and Tyga had quite the tumultuous relationship timeline, the pair were spotted out together for dinner at Catch in the Meatpacking District of New York City on Sunday evening. (Daily Mail)