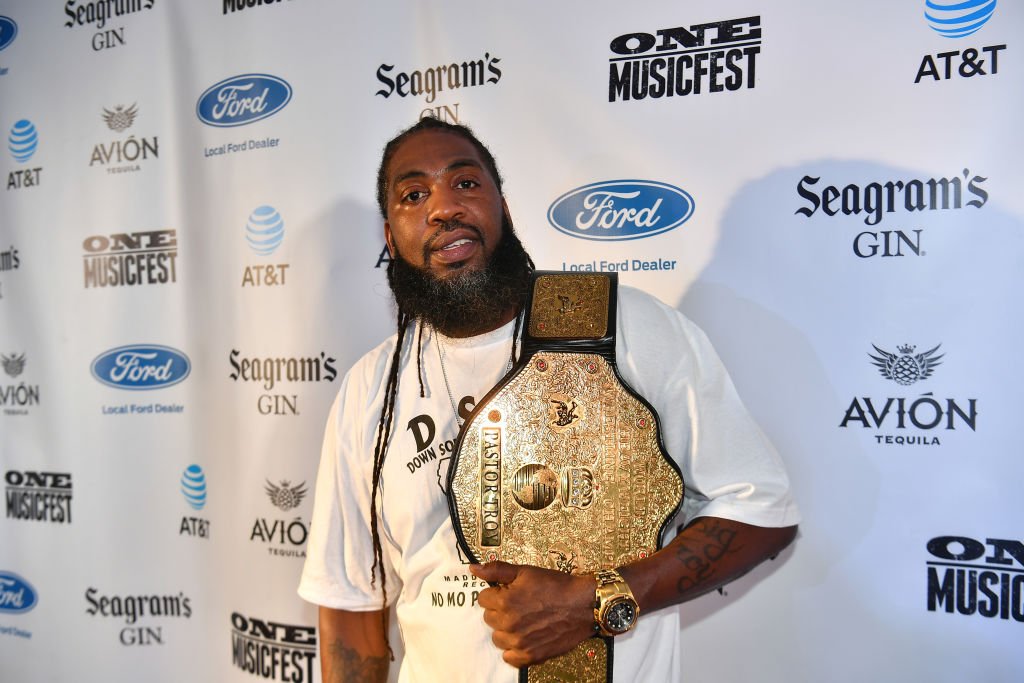 Pastor Troy seems to have contemplated why he has never won a Grammy Award and has come to a stunning conclusion. The “Vice Versa” rapper has pinned it on never wearing a bedazzled pink outfit, like Lil Nas X, while exposing his homophobia in process.

Along the way, he also came for mozzarella sticks—pun totally not intended.

The Atlanta rapper took to social media to get his homophobic feelings off his chest, by posting a pic of Lil Nas X in his pink cowboy fit from the Grammys and hitting send on this:

“Welp, Guess I won’t be winning a GRAMMY…If this what I gotta wear,” wrote Troy. “They love to push this sh*t on Our Kids!! The other day @applebees had some punks kissing and laughing eating mozzarella sticks. First Thing My 14 yr old Son said was, ‘F**** Applebee’s’ And It Brought Joy to My Heart!! He sees it…their agenda to take the masculinity from Men, Black Men Especially. Some may say, ‘He Making Money!!’ Rupaul do too, but I ain’t bumping his CD!!! Integrity is Priceless. Y’all Better open that 3rd Eye and let your Sons Know What Is Real…Or They Ass Gone Be Headed Down That Old Town Road Foreal!!~P.T. #TheyGoneRiiiiiiddddeeeTil theycantnomore #BlackOwnedandIndependent #NotMySons #ItAintWorthIt #Taketheroadlesstraveled #Youwillstillgetthere #DSGB #Wontbeonmypagelong”.

Damn, it’s 2020 and it seems like Pastor Troy still thinks homosexuality is a learned behavior? It’s not, but he even doubled down with the wild animals aren’t gay struggle. And, that’s didn’t go well, either.

Pastor Troy: “As for me and my sons…we ain’t wit the gay shit. We LIONS!”

Anyway, as for Lil Nas X, he responded sharply, tweeting, “damn i look good in that pic on god.”

damn i look good in that pic on god https://t.co/dIIKzTFa6X

Must feel good to be unbothered by the hate. In fact, he had jokes.

As for Pastor Troy, while there are the usual brigade of Hotep groupies, the majority of folk are calling the rapper out. Peep the best of the dragging in the comments.