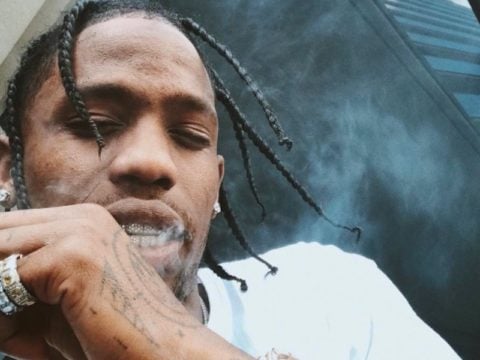 Houston rapper Travis Scott and Kylie Jenner are giving their daughter a Halloween month she’ll never forget. The duo have hit up a California pumpkin patch with their mini-me Stormi Webster.

Pics surfaced Wednesday (October 24) of Trav and Kylie bundled up with Stormi at a local farm just outside Los Angeles.

Kylie, her boo beau and their daughter, Stormi, hit up the Underwood Family Farms Wednesday in the San Fernando Valley for a little fam bam action. We’re told they made their way around the corn maze, picked out pumpkins and scoped out some of the animals there too. Lots to do there at the farm — it’s their 21st annual farm festival — not a bad way to spend the day a week before Halloween. (TMZ)

Back in August, Scott shared an epic shot of his daughter.

Kylie Jenner also shared a shot of herself and Stormi.

you make all my mornings

Both Kylie and Stormi are expected to join Scott’s upcoming Astroworld tour.

Kylie Jenner‘s baby girl Stormi Webster cannot walk yet, but she’s ready to rage! The 21-year-old reality TV star revealed on Instagram that she and her 6-month-old daughter will be joining Stormi’s dad Travis Scott on his Astroworld tour. “Me and storm ready for tour,” Jenner captioned an Instagram of Scott’s tour graphic. (People)