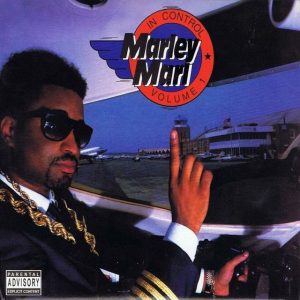 The title of “super producer” is not one to be taken lightly. For every era of Hip-Hop, there is a man behind the keys set the tone. Dr. Dre, Pete Rock, RZA, Swizz Beatz, Jermaine Dupri, Timbaland, The Neptunes, Mike Will Made-It, and Metro Boomin are among the few who have dictated what Hip Hop has sounded like over the years. Super producers have even spanned genres to influenced music as a whole, bringing the Hip Hop style to the masses.

On this day in Hip Hop history the culture’s first super producer, Marley Marl, released his debut compilation, In Control, Vol. 1, and forever changed the sound of Hip Hop. Before this album, Marley Marl’s true importance to Hip Hop had yet to be openly stated. It was known that he had a hand in some of the biggest records to have out at the time but this album put them all in the same place, proving what Marley Marl was doing to help Hip Hop evolve.

Before Marley Marl, Hip Hop production was quite primitive: the drums were sounded synthetic, the loops were monotonous, and as a whole production was more of a skeleton waiting to be filled by an MC. Marley Marl gave the instrumental life. His signature drum loops and soulful samples brought a new tone to Hip Hop. A Marley Mal beat served less as a compliment to the artist’s ability and more as fuel to jumpstart the intensity of the rapper, bringing out the best in him or her.

Commercially, this album was the success it was bound to be. Featuring Juice Crew members Biz Markie, Craig G., Roxanne Shante, Big Daddy Kane, Kool G Rap, Heavy D, and more from Marley Marl’s private army. Pushed by the infamous Cold Chillin’ Records, the album peaked at #163 on the Billboard 200 and brought great publicity to Cold Chillin’ as a top label in Hip Hop. Following this album, the label rose to become a household name in Hip-Hop and Marl Marley grew to become an immortal icon of Hip Hop culture.