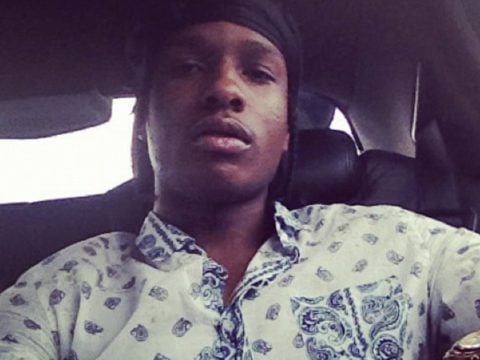 New York rapper A$AP Rocky is either light years ahead of the fashion game or stunting like he is. The hip-hop star is catching some heat after donning an eyebrow-raising Gucci grandma scarf at a public outing.

The Internet hasn’t spared Rocky and went directly at him with some hard-hitting memes.

How does asap rocky still look good af in that scarf?!

Asap rocky out there looking like an albanian grandma pic.twitter.com/Pq51XpxPTZ

Rocky even went to his own Instagram page to flex his head attire.

According to reports, A$AP’s headline-generating fashion statement went down last weekend at a Los Angeles event.

He’s also not afraid to break gender barriers, which he did on Saturday night when he attended the LACMA Art and Film Gala in Los Angeles. The rapper-come-fashion icon wore all Gucci to the event, with the notable addition of a silk babushka headscarf. (This Is Insider)