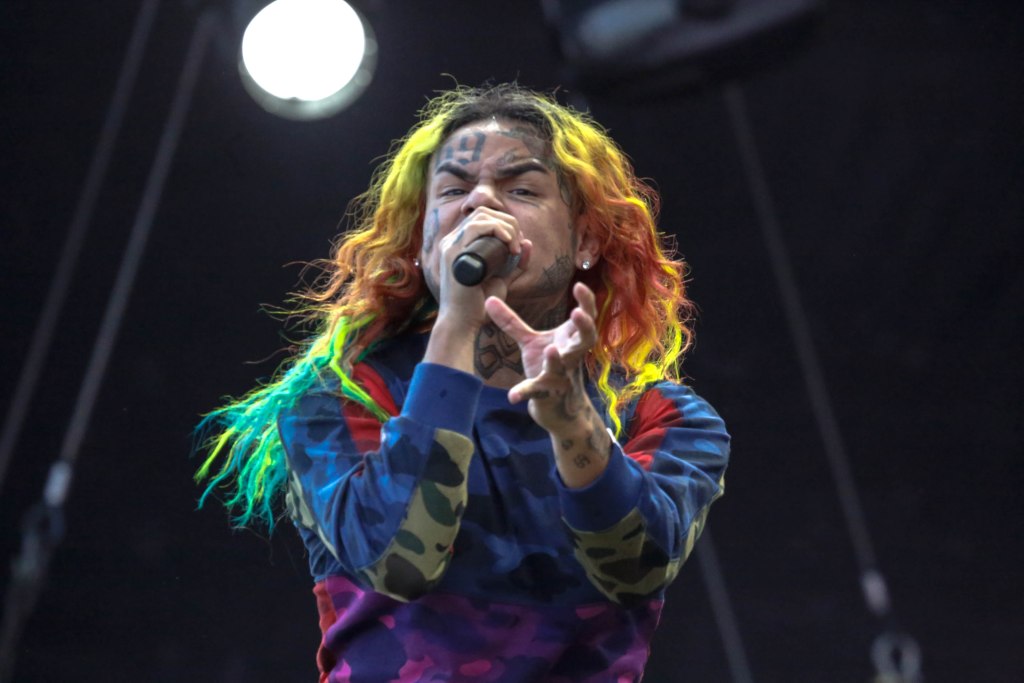 Tekashi 6ix9ine still isn’t clear of all his legal troubles. A Miami rapper is suing the infamous snitch over his hit song “Stoopid.”

Yung Gordon is coming for his coins because the Brooklyn rapper and his producer used his vocals for the song without bothering to tell him, allegedly.

Certain versions of “Stoopid,” released in October 2018, contain a snippet of Gordon belting out a few lines, his lawsuit charges.

Gordon says he emailed the 9-second “drop” to Tekashi’s producer — and says he was never advised that it would be used in the song prior to its release.

It is unspecified how much money Gordon is seeking. But considering Tekashi already has a new record deal despite not being due to be released until this summer, he’s looking for the bag.

Tekashi was originally going to do 47 years in the bing for drug conspiracy charges. However, the rapper took to the stand and started dropping dime on everybody. Because of his gratuitous, despite pleading guilty, a judge sentenced him to 2 years (including his time already served).