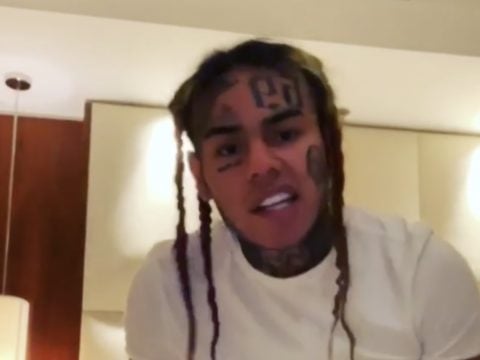 New York rapper Tekashi 6ix9ine is back to his old antics. The hip-hop newcomer has fired off public shots at Florida rap rookie Kodak Black.

6ix9ine went to Instagram Wednesday (October 3) to fire off a random shot at KB.

Footage surfaced this week of Kodak saying he’s better than 6ix9ine and anyone else in hip-hop.

#kodakblack says #tekashi69 ain’t better than him. Y’all vote in the comments who the better rapper to y’all. Comment #tekashi69 or #kodakblack . Imma tally up the votes