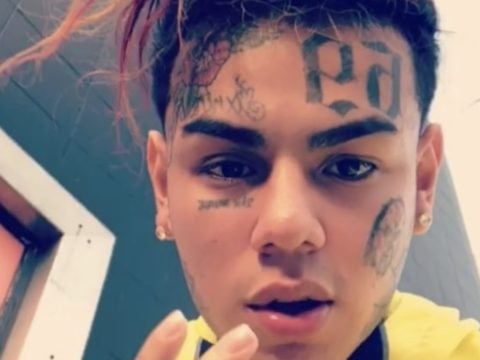 According to reports, Tek is downsizing the crew he keeps around him and focusing more on his family.

Sources close to the rapper tell TMZ … Tekashi and his closest confidants are downsizing his entourage. From here on out, he only wants music biz professionals around him who are focused on making him the biggest star possible. We’re told Tekashi’s riding high after a successful international tour, and wants to reap the benefits by making life better for himself and his family. He’s been spending way more quality time with his GF and his 2-year-old daughter. (TMZ)

This week, 6ix9ine updated fans on his Billboard Hot 100 success.

Last Sunday, reports emerged about Tekashi getting shut down and turned away from a Bellator MMA event in Long Island.

New York rapper 50 Cent – who has close-ties to Bellator – reacted to the situation.