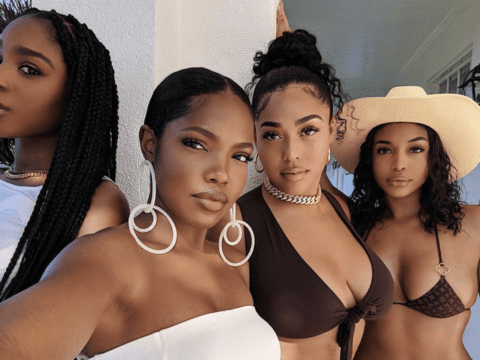 Vixen Jordyn Woods doesn’t just post up solo selfies. The hip-hop model has blessed social media with a stunning moment hanging out with some of her most famous girlfriends.

Big Facts: This week, Woods hit up Instagram with a shot of herself hanging out alongside singer Normani, Ryan Destiny and Lori Harvey.

On A Related Note: Over the past few days, Jordyn blew followers’ minds away with swimsuit pics.

Before You Go: Last Saturday, Lori shared a jaw-dropping bikini pic of herself and referenced Future’s new “Life Is Good” song in its caption. 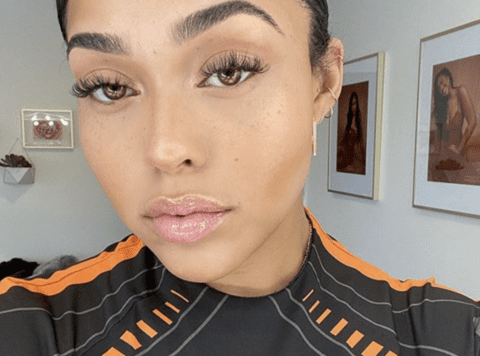 Reality TV star Kylie Jenner‘s former pal Jordyn Woods is racking up the likes. The hip-hop model has shared new pics of herself making the best of her winter 2020 in extra warm conditions. Look and comment below!

This year Jordyn Woods was a guest on Jada Pinkett Smith’s Red Table Talk. Almost after 10 months after the situation, Jada reveals that Jordyn took a lie detector test to prove her innocence during her “Ask Us Anything” column of the show.

Earlier this year in February reports surfaced the net that Jordyn Woods kissed Khloe Kardashian’s man, Tristan Thompson. Perhaps this would have been fine if Woods were not the best friend of Kylie Jenner and Jenner wasn’t the sister of Kardashian.

The scandal drew a line between Woods and the family, which seemed to effectively end the friendship between Jenner and Woods in the end. When Jordyn was asked her reason for taking the lie detector test, she simply responded by saying, “I just want everyone to know that I’m telling the truth.”

The post Jordyn Woods Passes Lie Detector Test, Proving She Did Not Sleep With Tristan Thompson appeared first on The Source | The Magazine of Hip Hop Music,Culture and Politics. 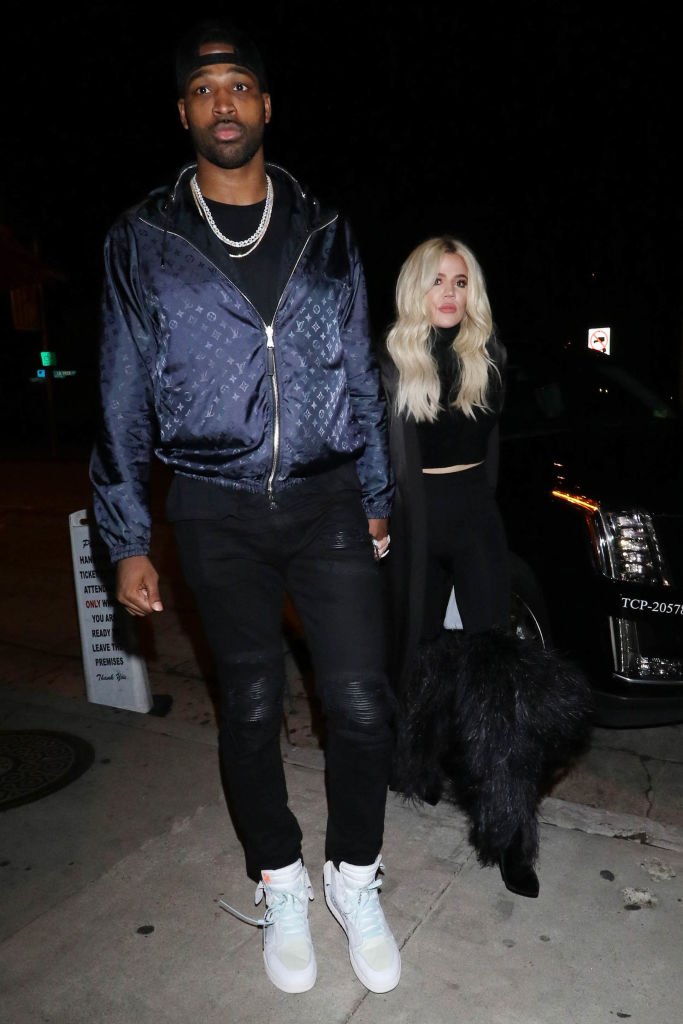 Khloe Kardashian is extending the olive branch to her ex-boyfriend Tristan Thompson and ex-friend Jordyn Woods.

In a lengthy cryptic message posted to the reality star’s Instagram account via Instastory, Khloe shared that she no longer wants to have anger towards anyone in her life. Although she didn’t actually name Tristan or Jordyn, the star hinted at the two writing:

“I don’t hold any negative or hateful feelings towards ANYONE! I mean that. Life is short! We are all humans trying to figure out this thing called life … Yes, I’m allowed to feel hurt and pain. It would be unnatural for me to pretend as if I don’t. Personally, I don’t want to be carrying around a hateful heart.”

The Revenge Body host went on to state that holding grudges would only hurt her and she ready to move on to better things.

”I crave peace in my life,” Khloe continued. “Me holding on to hate is only going to hurt me in the end. I have chosen to NOT pollute my heart and my energy by holding onto anything negative … I am allowed to forgive but still not accept their behaviors … I want nothing but beautiful blessings for EVERYBODY that has ever been in my life.”

While the message may have been genuine, fans were initially giving the Keeping Up with the Kardashians star the side eye highlighting that while she is forgiving Tristan, she has been shading Jordyn Woods—which Khloe denies, stating the message was indeed for Jordyn.

“That message is for Jordyn,” Khloe confirmed. “It’s for anyone else who has ever hurt me. For some reason people want to assume that I’m talking only about Tristan.”

Despite clearing up who was on the receiving end of her message, that didn’t stop Twitter from having a field day with the comments and also the shade after Jordyn Woods was rumored to have responded with a shady post of her own.

Moments after Khloe’s Instastory forgiveness, Jordyn posted a meme with the quote, ”Someone somewhere is still discussing the old you because they don’t have access to the new you,” adding “facts” to the bottom of the image.

After fans responded with mixed replies, Jordyn took to Twitter to clear up the post stating that that the meme wasn’t about Khloe noting that she is all about positive vibes.

“Not every quote that is posted is a sub or a ‘clap back’ and not everything posted is directed towards one person in general. I deal with a lot of different s–t daily. It’s all love. Only positive vibrations.”

Not every quote that is posted is a sub or a “clap back” and not everything posted is directed towards one person in general. I deal with a lot of different shit daily. It’s all love. Only positive vibrations

In true Black Twitter fashion, fans and trolls alike had something to say, check out the reactions below. 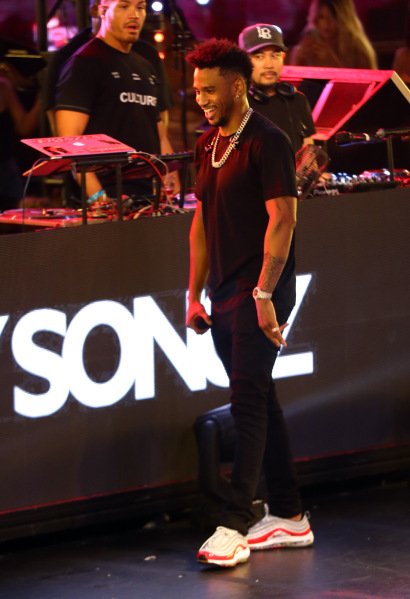 It’s getting spooky out here in the Internet streets for Trey Songz, this after the R&B singer was seen on Megan Thee Stallion‘s Instagram story page. What made the moment interesting was Trigga Trey was laying on what appeared to be a bed while Jordyn Woods was scantily clad in what appeared to be a pre-Halloween party outfit.

As shared by The Neighbor Hood Talk‘s Twitter account, the IG story features Woods in a revealing lace and leather combo while sipping from a bottle. The clip has Megan egging Woods on in taking a shot from the bottle while Trey Songz, lounging and looking on with a cigarette cocked behind his ear.

What this all means isn’t known at the moment but that hasn’t stopped Twitter from throwing out all kinds of wild allegations,  including Trigga chopping down Woods and Thee Stallion, to ladies lusting over the singer.

We’ve got the reactions below.

Megan, Jordyn Woods and Trey Songz linked up for Halloween. 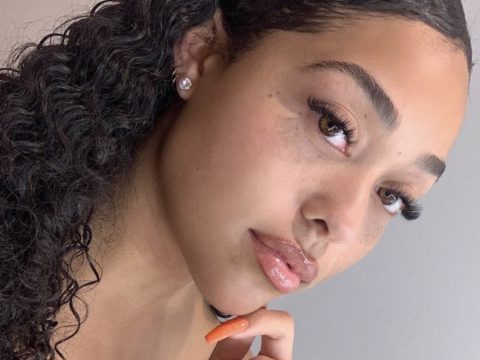 Model Jordyn Woods is out here raising temperatures. The high-profile reality TV star hit up social media recently to share some jaw-dropping curvy footage of herself. Watch below! 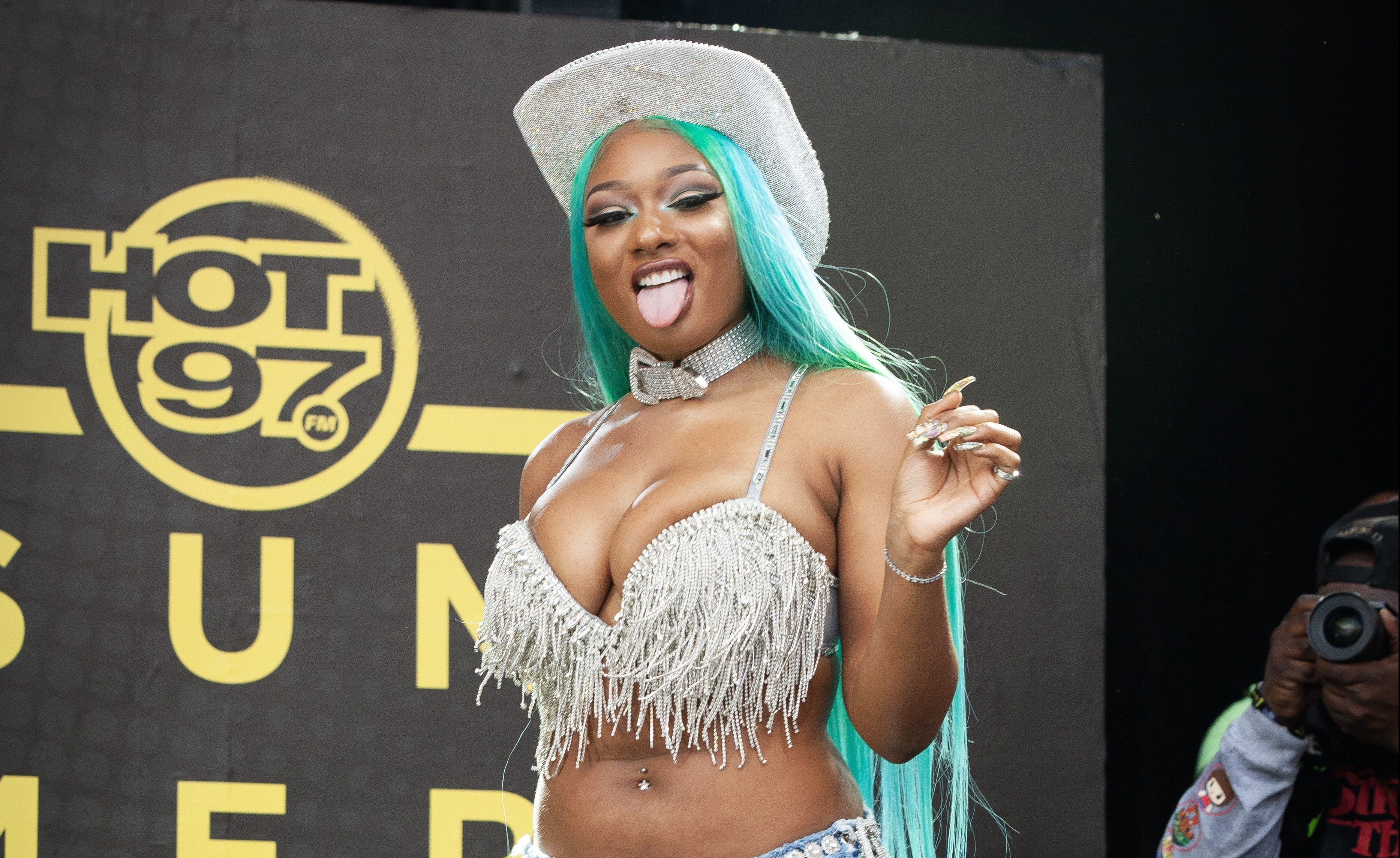 Megan Thee Stallion might be planning for Autumn, announcing “Hot Nerd Fall” is coming, but it’s definitely still a “Hot Girl Summer.” The “Cash Sh*t” rapper and her new bestie Jordyn Woods has Twitter collectively clutching their pearls after they shared a new photo of them together.

The world needs more photos of  Megan and Jordyn together period. The two buddies shared a photo of themselves looking as thick as they want to be rocking swimsuits after giving fans a hint that something was special coming after appearing on Meg’s Instagram live session.

I’m really isis from bring it on

As to be expected, the thirsty ones were out in full force shooting their shots and letting the new dynamic duo know they are willing to risk it all for them. We are just thrilled to see that Jordyn found way better friends than those shady Kardashians. She can’t go wrong with a friend like Megan in her corner. PLUS she gets some tips on how to keep those knees sturdy.

To see all of the replies to Megan and Jordyn’s photo hit the gallery below. 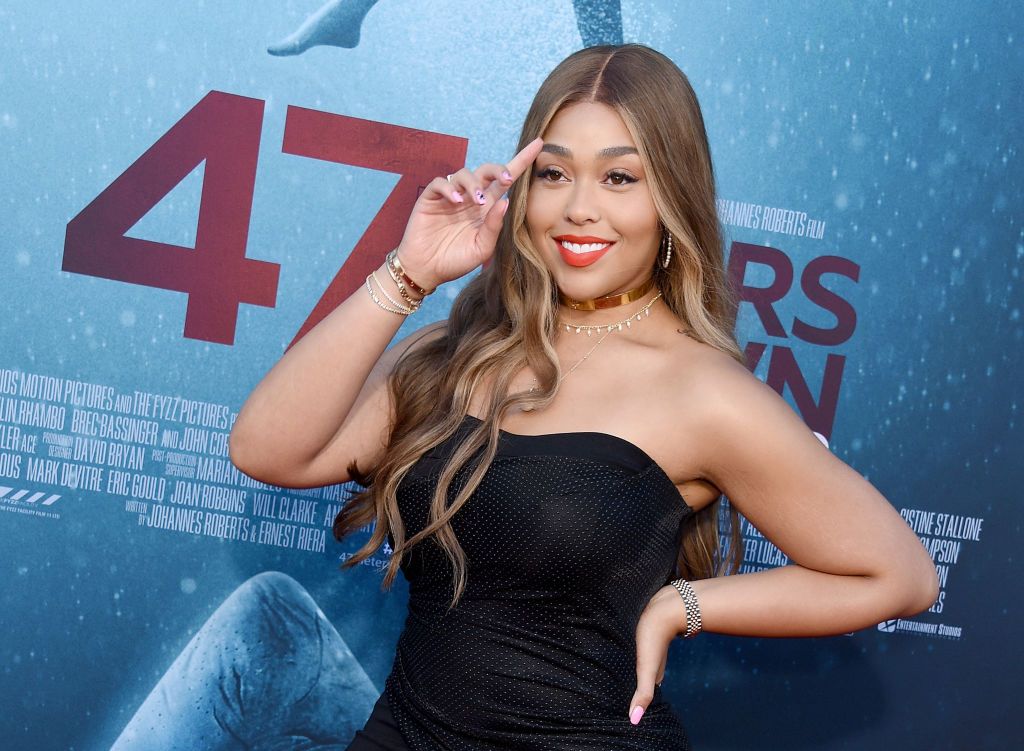 Jordyn Woods got herself a new friend and the internet is quite happy. Kylie Jenner’s former BFF linked up Megan Thee Stallion and Twitter, as well as the hotties, are all for the new friendship.

Seems like the 21-year-old model has moved on to greener pastures since her former best friend Kylie Jenner booted her the Kardashian/Jenner circle of trust. Woods had the internet buzzing when both she and Meg both shared photos of them together. In the IG moment, the two striking tantalizing poses on a bed with the caption “real hot girl shit” on their Instagram accounts.

Megan also shared a video of the trio singing Chris Brown’s Drake-assisted track “No Guidance” while cruising in a convertible. There is also footage of Megan in hot tub rocking a bikini flat-ironing Woods’s hair. If that isn’t best friend goals, we don’t know what is. Of course, as any newly inducted members into the hotties crew, Woods also drove the boat as well.

#MeganTheeStallion is a hairstylist by day, captain of the boat by night. #JordynWoods pic.twitter.com/OJaczk2Hfh

As you can expect, the two of them together is throwing the internet into a tizzy. The Hotties are excited for its newest member, Kardashian haters aka Woods fans are elated, and thirsty Twitter just loves the eye candy. Hit the gallery below to see all the reactions to Woods and The Stallions budding friendship below. 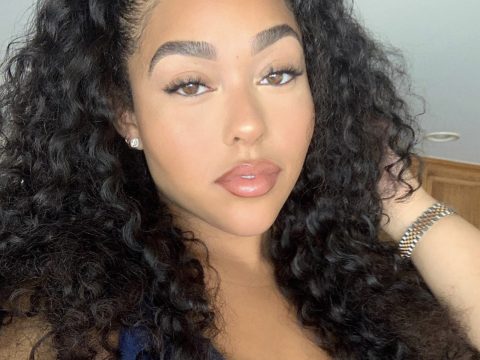 Texas rapper Megan Thee Stallion and reality TV heavyweight Jordyn Woods are “this” close to breaking the Internet. The duo have linked up Monday to share a couple of jaw-dropping new pics together. 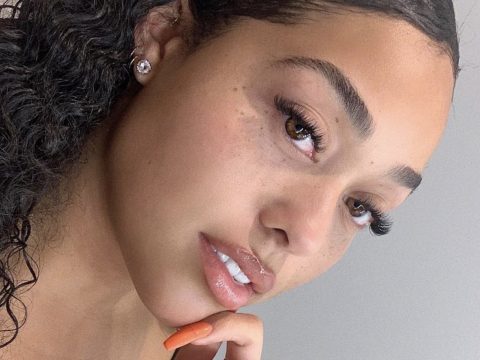 Reality TV star Jordyn Woods is out here with more than black girl magic. The hip-hop model went to social media this weekend to share a must-like shot of herself and to hint at having big projects on deck.