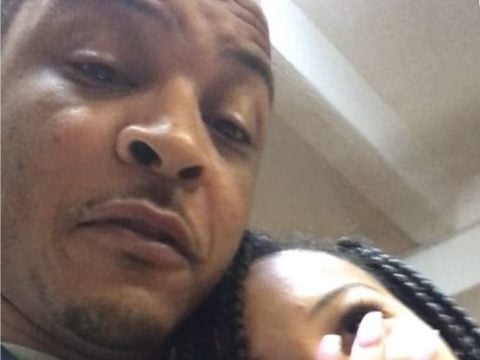 Grammy-winning rapper T.I. can resume promoting his new The Dime Trap album and no longer worry about a nasty security guard assault case. Prosecutors have decided to fall back on taking legal action against the King of the South.

According to reports, the headline-generating May charge has now vanished after prosecutors decided to drop the case.

T.I. was arrested back in May after getting into it with the guy at the guard shack in his gated community outside Atlanta. The guard — who was sleeping when the rapper rolled up — demanded to see ID and when T.I. couldn’t produce it the guard wouldn’t let him in. At one point T.I. said repeatedly, “You’re making it worse for yourself, man … You’re gonna have to deal with me.” Apparently, cops thought that was a criminal threat and arrested him for assault. Well, that dog don’t hunt, so prosecutors have decided to drop the charge. T.I. still faces 3 counts of misdemeanor disorderly conduct and one count of misdemeanor public drunkenness. (TMZ)

Back in July, buzz developed about Tip having to deal with multiple charges stemming from the reported drunkenness altercation.

Back in May, Tip addressed his big arrest and provided context on the incident.

He says it was a “very heated debate,” but nothing ever became physical. He says the guard eventually called the police, but says the law enforcement near his home are “white cops in a very white area,” and he was promptly arrested. The artist tells us the security guard involved in the argument is black, which added to the frustration of the situation. He says he gave the guard “every opportunity” to apologize for sleeping, but the guy refused. (The Blast)

The rap heayvweight’s lawyer issued a statement on what went down.