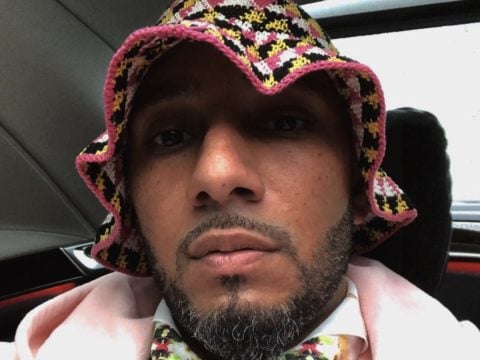 Swizzy jumped on Instagram Sunday (September 30) and kept things super 100 on the drama Kanye’s created with his message-driven head apparel.

Despite Ye getting scolded by Swizzy, Donald Trump praised him Sunday for his MAGA moment.

“Nah, I’m good. I’m good,” Puffy said when asked for his take on Kanye/Trump becoming publicized fans of one another. “I wouldn’t make a good president. I wouldn’t really pass any of the things that you have to pass, but I guess Trump did it . . . But no, I like doing what I’m doing. I don’t know if I could be responsible for the whole country.” (“Jimmy Kimmel Live!”)