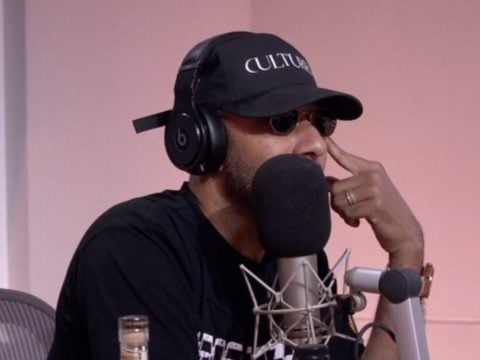 “This is me planting my feet back on the ground, entering the building from the ground floor, redoing the foundation of what I built over the years and not skipping over it or moving to the next building without revisiting my core because a lot of people get in my position and they just want to skip over all the lines. I feel that you must always revisit what people really know you for and show them that you are still a master at that craft and then take them on a journey where you’re going to go from there.” (Beats 1)

Beatz also dug deep into what fans should expect from his upcoming Poison album.

“The whole thing with Poison is that the reason why I went so hard with the record and even with the album cover with Cleon Peterson was because it just reflected the reality of the times we live in and we have to face that, but we poise on. … Right and we’re poyson right. You a poyson. I mean anything that felt like it was too much of a main event even though there’s main events on the album. But it feels like a body of work that’s curated and has purpose. Not just throwing out something that sounds big but it never really happened.” (Beats 1)