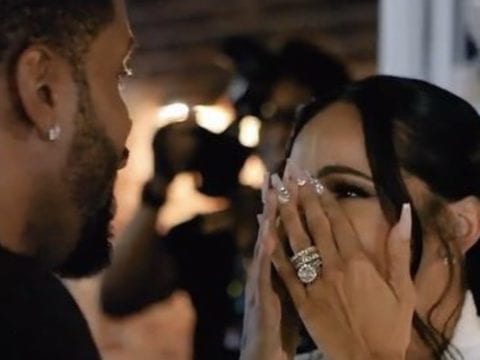 New York rapper Safaree Samuels and Erica Mena aren’t holding back the tears. The married couple have shared footage of themselves reacting to learning they’re having a baby girl together.

A few days ago, Safaree revealed a sonogram of their mini-me.

Earlier this week, Safaree and Erica officially tied the knot after months of being engaged.

The post Safaree Gets Emotional W/ Erica Mena In Baby Reveal Clip: “My Daughter’s On The Way” appeared first on .