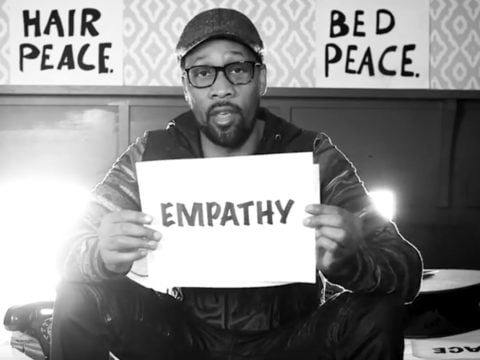 The newly launched weekly series features words including TRUTH, FAMILY, LOVE, BELIEF and more with artists like RZA aka Bobby Digital, Hanson, Pussy Riot and Yoko Ono to give their perspectives to the featured term.

The goal of the weekly series is to ultimately promote social activism.

Each weekly video will offer the perspective of the artists and their response to the weekly word. Viewers are encouraged to respond with their own thoughts by commenting and tagging #15WORDS. Responses can be in the form of text, video, audio, drawings, etc., via Instagram, Facebook and Twitter. Through this program, the John Lennon Educational Tour Bus seeks to create an environment of social activism modeled on that of John Lennon and Ono, one that carries the tradition and is representative of today’s society and social media discussion as well. The program also aims to introduce a wider audience to the John Lennon Educational Tour Bus presented by OWC’s new ‘Come Together’ curriculum.