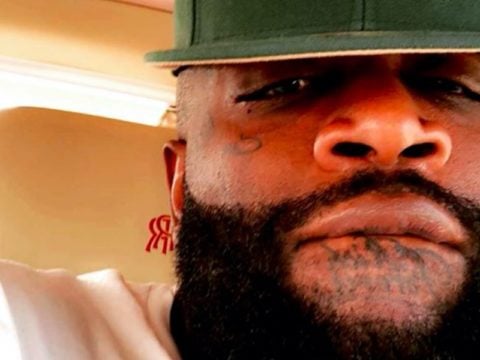 Maybach Music Group’s Rick Ross is totally here for what his protégé has to say. The hip-hop veteran has stepped forward to react to Meek Mill‘s must-read open letter to himself.

Yung Renzel went to Instagram Wednesday (October 3) to co-sign Meek’s words to his 19-year-old version of himself.

Voice of the streets.

On Wednesday, Meek Milly’s emotionally-driven message went viral and features him dishing on everything from taking over the rap game to having his mom’s back.

“My question to you, Meek, is: Are you willing to travel those rocky roads towards your throne? Most importantly: Are you sure you want this responsibility?” he writes. “Like our old heads used to say, ‘Heavy is the head that wears the crown.’ It’s free to dream but nothing is more expensive than achieving them. I repeat: Nothing is more expensive than achieving your dreams. Trust, you will get yours. You will set the rap game on fire. What if I told you that you will record with Mariah Carey? Or that you’ll buy a Ferrari after coppin’ the Rolls-Royce? That fly sh*t is cool but you wanna know what tops it all? Mom never having to worry about money again because you believed in yourself. The countless times she risked it all to feed you and Nasheema won’t be in vain. But I can’t stress enough how much it costs to be a young leader. Costs even more to be a young Black leader.” (XXL Mag)

“I’ll be honest—same as African-Americans in this country—things are about to get both easier and more difficult for you,” Meek continues. “Over the next decade, you and your people will make major moves—you, professionally and Black people, politically. We’ll all begin to realize that our culture is our most valuable product. Unfortunately, on the streets, not much will change. In 2018, Black lives won’t matter much more than they do in 2006. You saw what happened last year with Hurricane Katrina. You saw how the administration didn’t care whether we drowned or ended up homeless. We could have a Black president and they’d still disrespect them like they were just another n*gga. And just like it will cost you to claim your power, the same goes for our race. For upping our stock in this country, we will pay like a muthaf*cka.” (XXL Mag)

Outside of the letter, Meek and rap diva Cardi B have a low-key record together.

The post Rick Ross Reacts To Meek Mill’s Open Letter To Himself: “Voice Of The Streets” appeared first on SOHH.com.