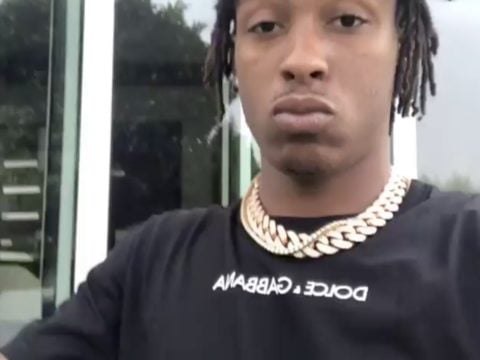 Atlanta rapper Rich The Kid really, really, really has feelings for his bae. The hip-hop artist has gushed over how much he loves his vixen girlfriend Tori Brixx.

Rich went to Instagram Monday (September 24) with a caption-filled shot of Tori in lingerie.

Weeks prior, reports emerged about Rich and Tori deciding to ditch their Los Angeles home weeks after the headline-generating robbery.

Rich had been crashing at his gf’s crib when the home invasion went down … the home invasion that landed them both in the hospital. We’re told they didn’t feel safe after returning there, since cops haven’t found the culprits yet. We’re told they’ve hightailed it to a mansion in the San Fernando Valley, where they feel safer. As for their relationship … they’re still very much together. Rich, we’re told, doesn’t think Tori set him up for the robbery. (TMZ)

Over the summer, West Coast rapper Game extended his hand after Rich suffered injuries from the Los Angeles incident.

The post Rich The Kid Ready To Give Tori Brixx Some Mommy Duties: “I’m Tryna Put A Baby In It” appeared first on SOHH.com.