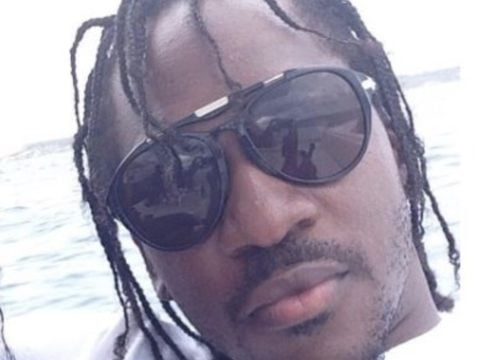 G.O.O.D. Music president Pusha-T might want to look at getting some serious insurance on his AirPods. The hip-hop veteran has shared some epic moments from this past weekend’s Camp Flog Gnaw performance and revealed his inability to keep a hold on Apple’s pricey headphones.

King Push went to Instagram Monday (November 12) with a slideshow of pics from his epic performance.

Throughout his set, Pusha treated fans to live performances of “If You Know You Know” and “The Games We Play.”

Over the weekend, King Push addressed an anti-Drake message showing up on his screen during the set.

In October, Pusha revealed Drake’s pal Noah “40” Shebib played a key role in having ammunition for his “Story of Adidon” diss song.