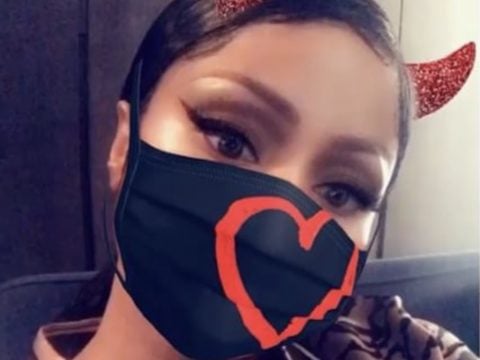 Grammy-winning rapper Kanye West has secured Nicki Minaj and Ty Dolla $ign for his upcoming YANDHI album. The hip-hop star has updated fans on what they should expect from his highly-anticipated LP.

In new footage, Yeezy reveals Nicki will appear on next month’s album and address body shaming on an untitled track.

Kanye revealed that Ty Dolla Sign, who he’s consistently termed as one of his “favorite musicians,” and Nicki Minaj will appear on YANDHI. The controversial artist went on to further say that Nicki did a verse on a song that addresses body shaming. “The concept right here, it’s a ‘Ye concept but I’mma say it y’all right now. I’m taking to stigmas in one because I love stigmas and flipping them into positive,” he said. (Hip Hop N More)

#KanyeWest reveals @tydollasign & @nickiminaj are featured on #YANDHI. Nicki is on a track that addresses body shaming.

Prior to pushing the release date to November 23, Kanye planned on dropping YANDHI last month.