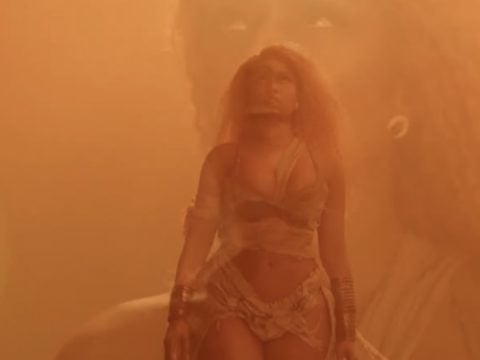 New York rapper Nicki Minaj is really feeling herself. The hip-hop superstar hit up social media this week to geek out over her Queen album’s “Ganja Burn” single.

Over the past few days, Nicki has teased footage of herself and a mystery man.