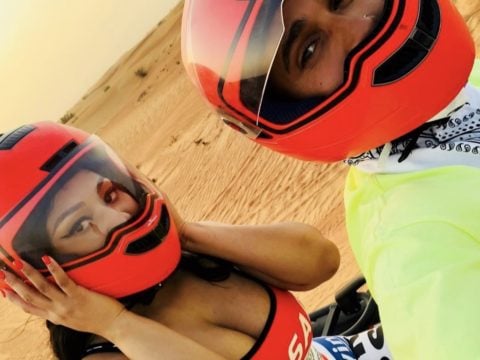 Young Money’s Nicki Minaj isn’t leaving anything to the imagination. The hip-hop diva has finally caved in to growing rumors about something rumbling between herself and potential new boyfriend Lewis Hamilton.

Onika went to Instagram Wednesday (September 26) with a gushy selfie alongside Hamilton.

FINALLY! If this doesn't confirm these two are super duper potentially dating then what is??? lol Love it! Hope y'all really do take things serious!

Over the past few days, Nicki has teased footage of herself and a mystery man.