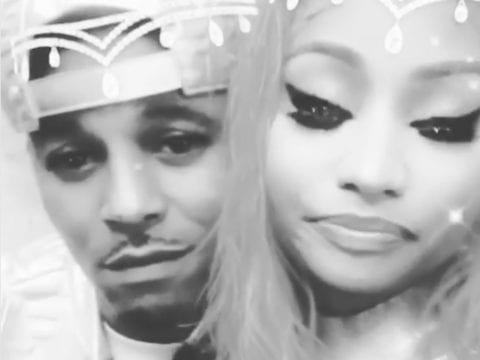 Young Money’s Nicki Minaj might officially be off the market. The hip-hop diva has sparked speculation about quietly tying the knot.

The same week, reports emerged about Nicki and Petty low-key getting a marriage license.

The duo, who made their relationship Instagram official in December, officially got a marriage license at the Beverly Hills Courthouse on Monday, a source confirms to E! News. The news comes one month after Minaj announced on her Queen Radio show that they had already gotten one. And, because a marriage license is good for up to 90 days, expect to see a wedding sometime soon. (E! Online)

Over the summer, Onika lit up social media with public outings alongside Kenny.