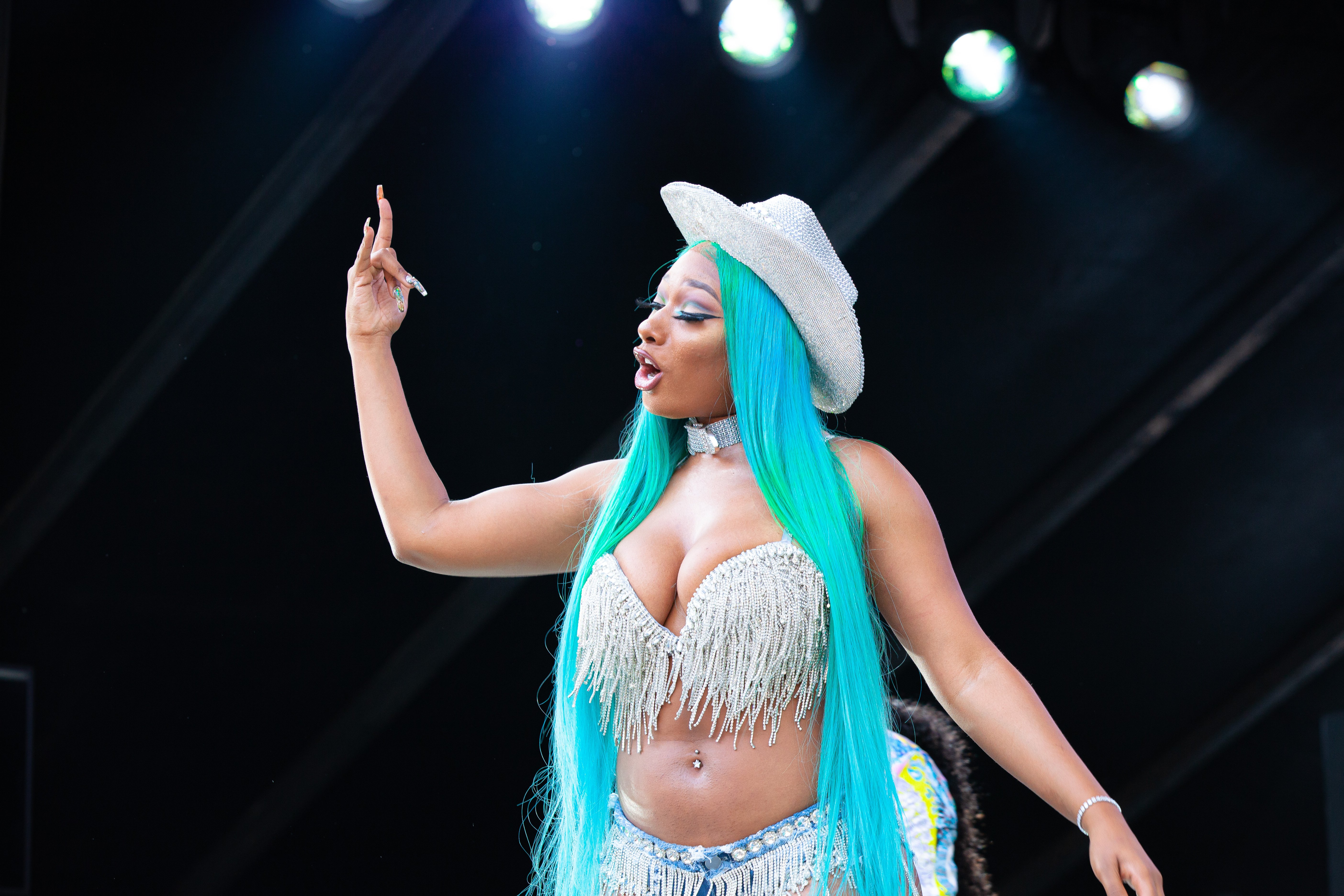 After teasing us for weeks with a thirst inducing video featuring the song, Megan Thee Stallion has finally blessed her hotties with her new track, “B.I.T.C.H.”

A real Hot Girl kno how to keep a Nigga heated

If you were worried that it wouldn’t keep the same hot girl energy, don’t worry, Meg didn’t let you down at all. On the bop inducing cut, Megan spits her bossy raps letting her potential bae know even though she might be coming off what the song is named after that, he needs “real one in his life,” cause “a real hot girl know how to keep a n***a heated.”

“B.I.T.C.H” will live on her forthcoming debut Suga, which we have no release date for, but we do know it will introduce us to Megan’s new lady Suga who she described as “besties with [alter ego] Tina Snow” in an interview with NPR. The “Big Ole Freak” crafter also revealed on the gram that she was in the lab with Pharrell cooking some heat up, possibly for her new album.

Cooking up with the mf legend him self

@pharrell We been going in for 3 days straight he calling me meg thee machine ! #SUGA

Megan was hotter than fish grease in 2019 and is not showing any signs of slowing down at all. She already blessed us with her Normani assisted track “Diamonds,” the lead single off the Birds of Prey soundtrack. She will also be twerking in front of the 2020 Coachella crowd and just recently was announced as one of the headlining acts alongside her work husband, Da Baby, at this year’s Broccoli City Festival in the DMV.