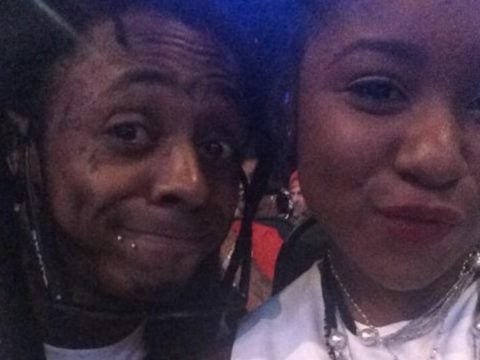 In a new video, Wayne is seen heading to his truck after the shout-out.

TMZ got this video of Wayne being whisked away backstage, toward the end of Sunday night’s severely shortened A3C Fest set. Someone allegedly yelled out “shots fired!” and caused a panic. As you can see … Weezy was no different from fans at the show, rushing downstairs off the stage and straight into his waiting SUV, not taking any chances. (TMZ)

Last night, Lil Tunechi acknowledged the craziness and issued a statement to his concertgoers.