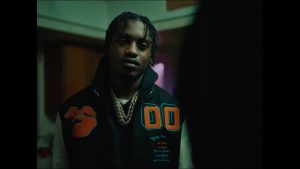 Lil Tjay is undergoing emergency surgery after being shot in New Jersey. According to TMZ, Tjay was shot after midnight in Edgewater and is currently in surgery.

There were two shooting locations, one was a Chipotle and the other was at an Exxon Gas Station that was nearby. There was a second victim. One victim was shot at Chipotle several times and the shooting at the gas station was shot once. The second victim has not been identified.

Currently motive is unknown and there have been no suspects arrested.

This story is developing.