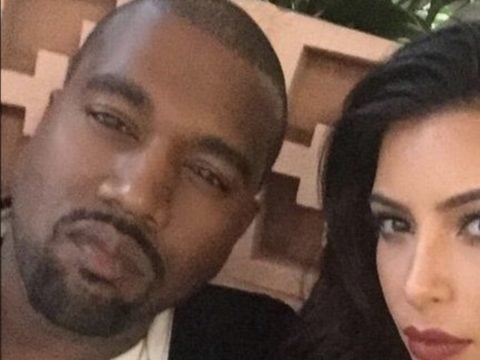 Grammy-winning rapper Kanye West and Kim Kardashian have traveled overseas to clock in family goals. New footage has emerged of KimYe together after landing in Africa.

According to reports, the duo are expected to stay on the continent for a full week.

Kim, Kanye and their brood arrived at Entebee International Airport Friday with a huge entourage. They were shuttled to the resort where they’ll be staying until October 19th. Check out the video … Kanye hops on the counter during check-in, as hotel staff gawks. Enter Kim and what appears to be a nanny. (TMZ)

G.O.O.D. Music’s Big Sean is also reportedly there with Ye staying at the same hotel.

Kanye is working on his next album — they will be producing music and shooting some videos while they are there. Big Sean is at the hotel as well, most likely to collaborate with Kanye on the album. Kanye’s told us he wanted to go to Africa to “feel the energy.” He wants to record into a mic that’s in the middle of nature. (TMZ)