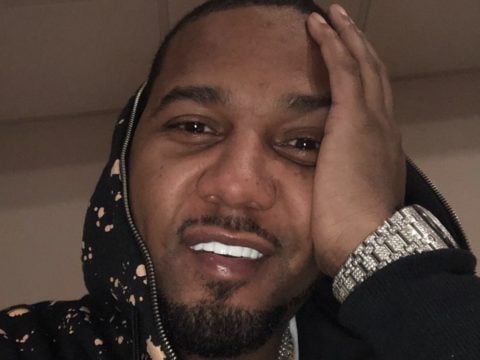 Dipset member Juelz Santana isn’t sweating over shade coming from the biggest Internet bully. The hip-hop artist has responded to trolling aimed at him from G-Unit‘s 50 Cent.

Juelz hit up Instagram Sunday (November 11) to show the fans and haters alike he has a full set of teeth.

A few hours ago, 50 went to his IG page and clowned Santana over a now-viral pic of him appearing not to have teeth.

Up until his verse, Juelz seemingly stays away from the camera as Cam’Ron, Jim Jones and Freekey Zekey perform in suits and bow ties. However, once his hook and verse come up, Juelz appears to rap his lyrics with little movement from his lips. Upon closer review, pictures show that the rapper is missing his two front teeth. Santana previously addressed his missing teeth during an interview on TRL. (The Hollywood Unlocked)

A few days ago, both Jim Jones and Juelz hyped up their new single.

The post Juelz Santana Tells The Tooth Amid 50 Cent Shade: “Next..” appeared first on SOHH.com.