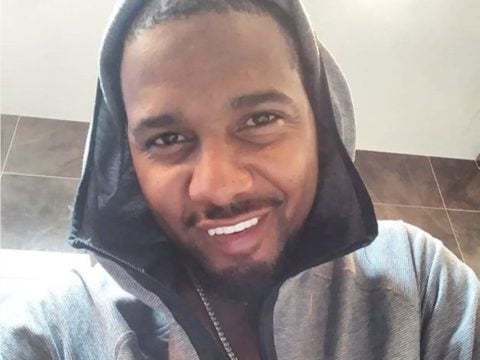 New York rapper Juelz Santana is putting a lot of respect on Big Pun‘s name. The Dipset member has paid homage to the memory of the late hip-hop artist.

Last night, Santana hit up Instagram with a shout-out to Punisher and to proclaim his greatness.

This is the lil brother i never had, i was the big brother he never had. what a special person, a Genius! it was Love at first sight the day i met him he told me the deepest secrets of his life. i wondered to myself why is this guy telling me this but later on i realized he knew we would share a bond that will live beyond life. I remember putting him in my Lexus and his crew looking like they wanted to cry as i pulled off. i said to him don’t worry we’ll open the doors with you then put your friends on and we did just that. The first guys i had Pun rap for was @koolgrap and @Nas . G rap was his favorite and Nas was the best rapper at the time. they didn’t know what to expect. he spit with such a delivery, sharp rapid rhymes, i literally saw them do the bobble head like what the fuck is This! “Big Pun” i had my answer, he was everything i thought he was. some artists have a hard time. some artist are talented but never see their full potential, but for Pun it was a given. he was the best, and the 1st Latino solo artist to do 2x platinum. not off itunes and streams either. you had to go and physically buy the CD. Real numbers it was REAL! I’m so proud of my brother and I’ll love you till my dying day. I’ve never seen a crew miss a brother like we miss him. He was our heart and soul, our crazy lil brother. I WILL SEE YOU AGAIN BROTHER. LOVE YOU, GOD BLESS.

How beautiful is this pic we did it Big Twin

In August, Joe showed off a pair of Pun-inspired sneakers.

Puerto Rock Sumo, not menudo no im not the one i studied Judo. Judo know if i got a gun, its Pun from the X side of things, Baguette inside my rings, everything i want i gets Badabing! Happy Birthday Twin. #rippun #happybirthdaybigpun

The post Juelz Santana Salutes Big Pun’s Legacy W/ Rare Pic: “1 Of The Best To Ever Do It” appeared first on SOHH.com.