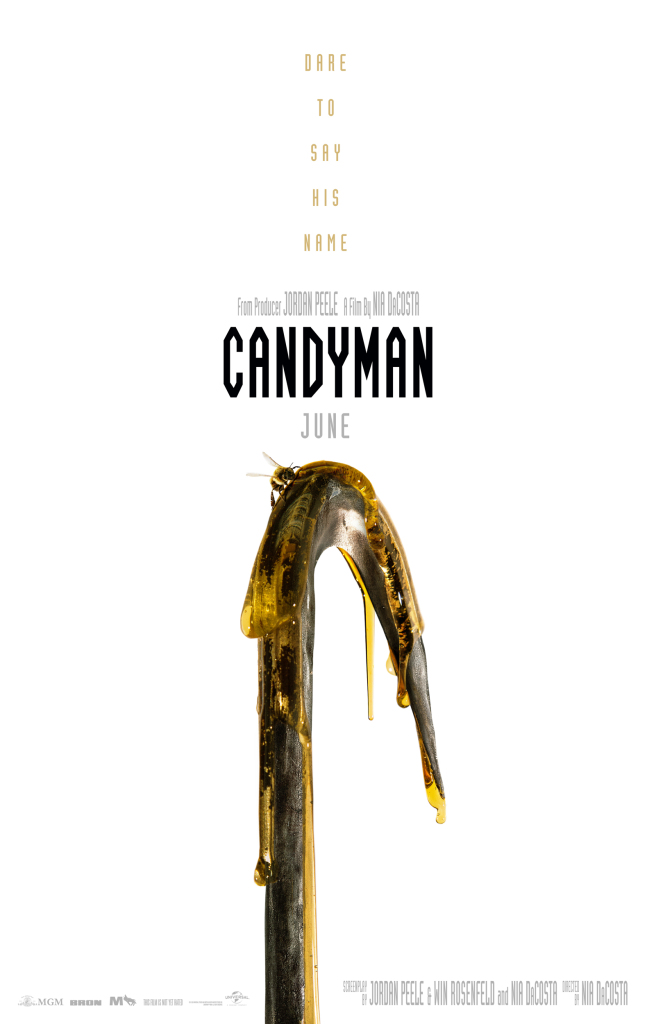 Though he began his entertainment career on the comedy circuit via Mad TV and Key & Peele, Jordan Peele’s venture into the horror genre with Get Out and Us didn’t only turn out to be classics, they were downright genius.

So when it was announced that Peele would be reviving a fan favorite horror classic in Candyman, fans of the urban horror franchise were flush with excitement and glee. Now with only a few months to go before the film’s debut in June, Peele’s giving fans a chance to access some exclusive clips from the movie via Twitter. All fans have to do is type “Candyman” five times… if you dare.

I dare you to say his name.

Yeah, we’re not sure we wanna do alllll that. Unlike Freddy, Jason and Michael Myers, Candyman had no problem castrating kids in public bathrooms and wifing white women who think saying his name 5 times is a game. He be on one, b.

Luckily for us day one fans, OG Candyman Tony Todd will once again be picking up the rusty hook to terrorize the residents of Chicago as Yahya Abdul-Mateen II (The Get Down, Aquaman) and Teyona Parris (Empire) try to avoid falling victim to the man with the killer bees and we ain’t talkin’ about the Wu.

Are you as amped as we are about Jordan Peele’s Candyman? Let us know.