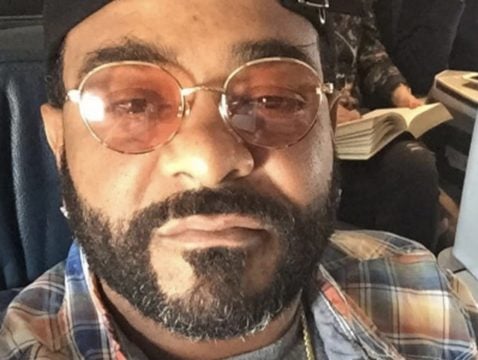 A screenshot has surfaced of Jimmy suggesting Ebro is down to go toe-to-toe with 50 if his security isn’t around.

Ebro has since come forward to address and update fans on his issues with 50 over multiple Summer Jam concert incidents.

Ebro is a sucker l never threw a chair, and l never snatched a chain in my life. Maybe Kanan but not me. pic.twitter.com/jygqkXLfXz

Yes l caught a chair that was thrown at me from the crowd.

Im taking my talents and sponsorship money over to POWER 105.1

fuck you Ebro, get the strap pic.twitter.com/6VIz0vDMw5

Here it is proof l never threw a chair in the crowd, LOL pic.twitter.com/pBWTuCwezU

Here it is more proof

The post Jim Jones Weighs In On Hot 97’s Ebro Vs 50 Cent: “He Will F**K U Up Without Ur Security” appeared first on SOHH.com.