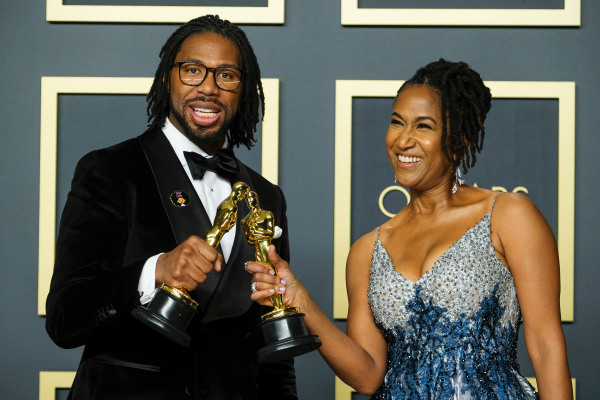 Film director and screenwriter Matthew A. Cherry dared to dream big after his NFL career didn’t pan out and can now call himself an Academy Award winner. The animated short film Hair Love, which Cherry wrote and co-directed and produced, won the Oscar for Best Animated Short Film and Cherry dedicated the win to the late Kobe Bryant.

Hair Love, which was co-produced by Karen Rupert Toliver, was also directed by Everett Downing and Bruce W. Smith and features the tale of a Black father trying to style his young daughter’s hair. Voiced by Issa Rae, the film’s budget was seeded by a Kickstarter campaign that began in 2017 and far surpassed its $75,000 goal and made over $300,000.

Cherry, 38, took to the stage and shouted out Bryant after first explaining, just as Toliver did, that the film was a necessary entry in the space due to the lack of Black representation in mainstream cartoons and also the normalizing of Black hair.

“This award is dedicated to Kobe Bryant,” Cherry said. “May we all have a second act as great as his was.”

Cherry also gave a nod to DeAndre Arnold, a Texas high school student who was told by high school officials that he wouldn’t be able to walk with his class unless he cut his dreadlocked hair. Arnold was in attendance at the Oscars for the moment of a lifetime. Cherry then made mention of the CROWN Act, a law that was recently passed in a county of Maryland that forbids employers to discriminate against natural hairstyles.