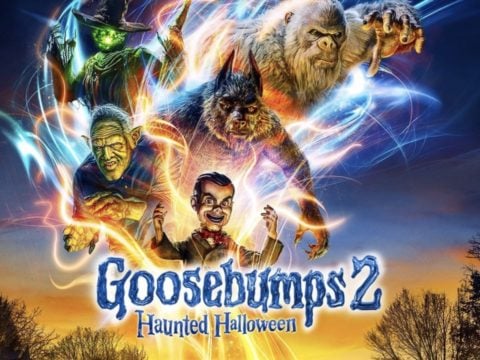 Today, check out some of our all-time favorite horror movie dolls below!

Suzie from MAY (2002) was created to help a friendless little girl, fast forward to her adult years and May believes that Suzie is telling her to create another friend from more lively materials.

Brahms from THE BOY (2016) is a insanely life like porcelain doll that represents an eight year old who died in a fire 20 years before Greta gets hired to care for the doll. Things take a turn when things go missing and child’s cries are heard in the attic.

Fats from MAGIC (1978) isn’t possed by a demon, but in fact by his owner’s mentally ill personality. A personality that causes the doll to become jealous and murderous.

The clown from THE POLTERGEIST (1982) who is possessed by The Beast/ghosts makes Robbie his victim until he fights back, successfully ripping out the stuffing from the doll.

Billy from DEAD SILENCE (2007) is possessed by his shamed owner, a failed ventriloquist, and only kills his victims if they scream, leaving severed tongues in his wake.

Blade from PUPPET MASTER (1989) is one of three terrifying dolls and the scariest. With a hook for one hand and a knife for the other, this murderous doll is a 2ft terror.

Billy the Puppet from SAW (2004) franchise might only be the messenger for Jigsaw but his haphazard paint job and tricycle make him creepy AF.

Annabelle the doll from the CONJURING universe used to be a symbol of beauty and love until a cult of devil worshippers summon a demon who turns the doll into an evil manifestation.

This Aborigenes doll from TRILOGY OF TERROR (1975) who contains the evil spirit of He Who Kills wreaks havoc on its owner until the doll is killed only for the spirit to possess the owner.

Chucky from CHILD’S PLAY(1988) is anything but playful when it goes on a killing spree brought on by a possession from a serial killer.

Slappy the Dummy from Goosebumps universe is quite the opposite of dumb. This intelligent dummy terrorizes anyone who comes into contact with him.