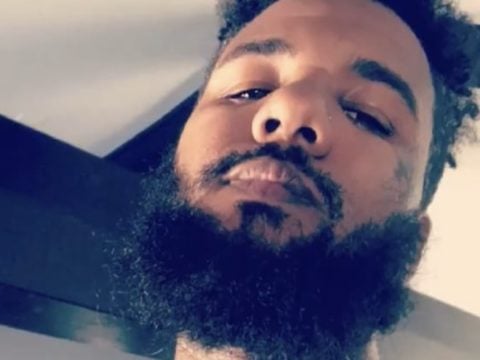 West Coast rapper Game is in disbelief right now. The hip-hop veteran has shared his two cents on the headline-generating devastating California fires.

Heading into the weekend, the Los Angeles native went to Instagram with footage showing off the smoke spreading throughout the Calabasas area.

power out, barely any phone service, neighbors gone (my good white people be outta there boy)

fuckin phone on 8% & this shit headed straight for us. I can’t abandon the fort tho !!!! Gotta hold it down #RNS [BUT AYE, YOU KNOW I’M SMART & ALWAYS LOOK AT THE ENTIRE PICTURE…. LOWKEY GOT A FEELING THIS FIRE WAS STARTED BY SOMEONE OR SOMEONE(S) TO DIVERT ATTENTION FROM THE MASS SHOOTING IN THOUSAND OAKS 2 DAYS AGO] #STAYWOKE

Rap rookie Lil Pump shared footage of himself at his Calabasas home covering the disaster.

THIS IS CHANEL 5 NEWS REPORTING LIVE

I PLAYED HARVERD DROPOUT IN CALABASAS

Reality TV star Kim Kardashian has kept fans updated on how she’s dealing with the fire.

Trying to get my mind off of this fire and snuggling with my niece. We are all safe and that’s all that matters

President Donald Trump has already placed blame on who is responsible for the forest fires.

There is no reason for these massive, deadly and costly forest fires in California except that forest management is so poor. Billions of dollars are given each year, with so many lives lost, all because of gross mismanagement of the forests. Remedy now, or no more Fed payments!

The post Game Low-Key Believes Someone Started California Fires As A Cover Up appeared first on SOHH.com.