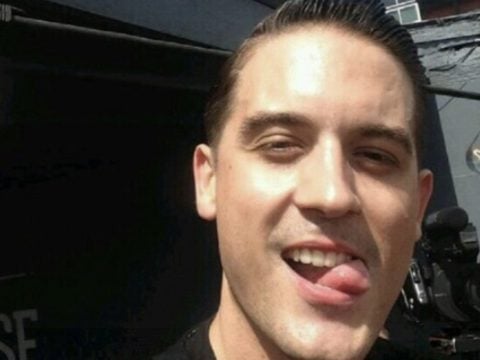 West Coast rapper G-Eazy has just downgraded his marital status. The hip-hop star is reportedly on the outs again with longtime girlfriend Halsey.

According to reports, the duo have gone their separate ways months after initially parting ways.

The on-again, off-again couple are breaking up for the second time in just over 3 months. The breakup is social media official … they stopped following each other on IG. G-Eazy and Halsey were totally inseparable after getting back together during the rapper’s August tour stop in Columbus, Ohio … and their rekindling came only weeks after officially calling it quits for the first time this year. (TMZ)

Over the summer, Halsey issued a statement on her Instagram Story about the unexpected split. 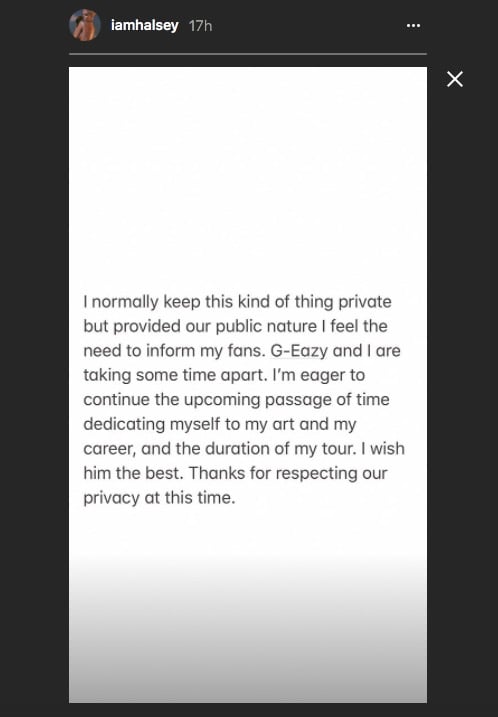 In 2017, G-Eazy and Halsey went public with their dating goals.

Halsey, 23, and G-Eazy, 29, began dating in summer 2017. “It’s been about a year,” Halsey told E! News in May. The rapper spoke highly of the “Bad at Love” singer in March at the iHeartRadio Music Awards, telling reporters that, “We’re coworkers, you know? We both do this at a pretty high level, and it’s really dope to get to share that kind of experience with the person you’re actually dating.” (People)

Back in March, Halsey and Eazy joked about getting through an airport security checkpoint with a magazine cover.

Can't hold me down. Literally a dream since I was a kid. From the bay to the universe. Check out my cover of @XXL's spring 2018 issue, on stands everywhere March 27