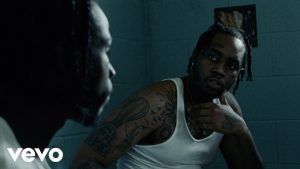 After dropping a verse of the year candidate on Kanye West’s “Off the Grid,” Fivio Foreign is back with another banger. The new release is titled “Story Time” and chronicles the journey of a young boy who finds himself behind bars.

The new track is produced by AyooAA, SavBeats, and 808k Antares.

You can check out the new release below.