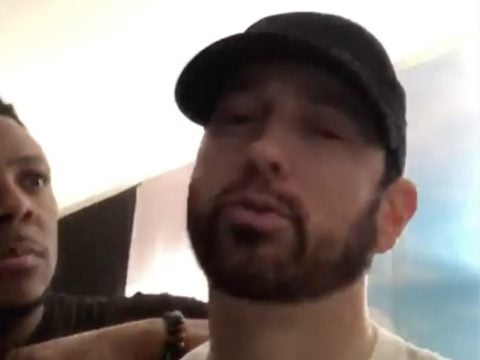 Grammy-winning rapper Eminem isn’t ready to move on from his “Killshot” hype. The hip-hop veteran has let fans know they can listen to the battle record on all digital platforms.

NOW ON ALL PLATFORMS. LINK IN BIO.

The post Eminem Wants Everyone To Hear His MGK-Slaying “Killshot” Anywhere & Everywhere: “Now On All Platforms” appeared first on SOHH.com.