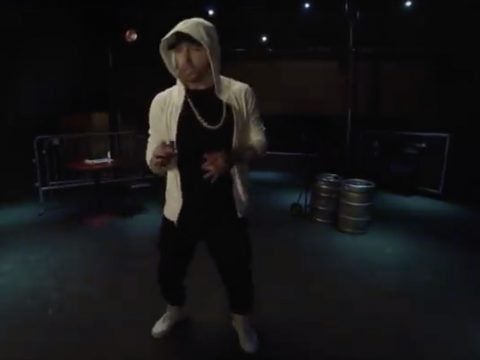 Grammy-winning rapper Eminem is as inspired as ever. The Rap God has blessed diehard hip-hop heads with an unexpected new battle rap freestyle.

The release of BODIED has me feeling nostalgic about battle rap so I headed down to my old stomping grounds, Hit the link for 10+ minutes of it

Eminem's 'Kamikaze' is now eligible for Platinum in the US.

Back in September, Em shared some of the hardest-hitting negative album reviews and flexed the project’s sales.