Drake is getting into the fast-food business.

The Certified Lover Boy has purchased a minority stake in Dave’s Hot Chicken. According to Bloomberg, Drake will own less than 50% of the fried-chicken chain alongside investors such as Samuel L. Jackson and Boston Red Sox Chairman Tom Werner.

As its most high-profile investor, Drake’s involvement will likely give a boost to the fast-food restaurant. Launched in 2017, Dave’s now has 22 locations mostly in California and is planning 25 more by the end of the year. 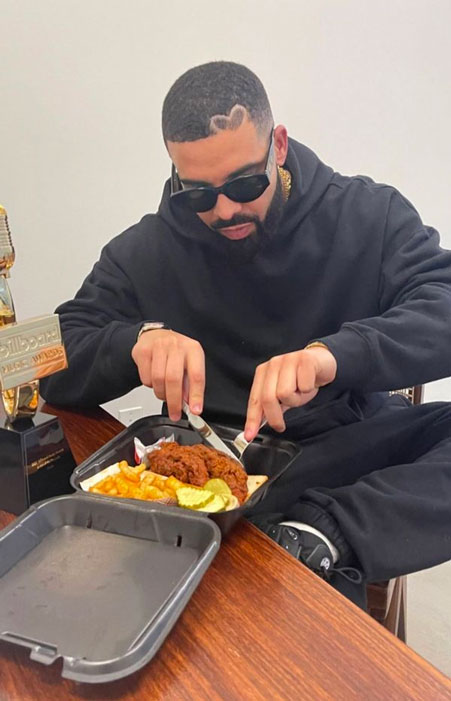 “I tried the food and it was amazing. After meeting the founders and hearing their story, I jumped at the opportunity to invest,” said Drake, who recently posted a photo of himself with Dave’s chicken tenders, pickles, and crinkle-cut fries.

Dave’s has sold the franchise rights for more than 500 locations in the U.S. and Canada. The company, which has invested “more than $10 million” to grow in the U.S., is run by the same leadership team behind Wetzel’s Pretzels and Blaze Pizza.

This is Drake’s latest business venture. Earlier this year, the record-breaking rapper invested in Daring Foods Inc., a producer of plant-based chicken.