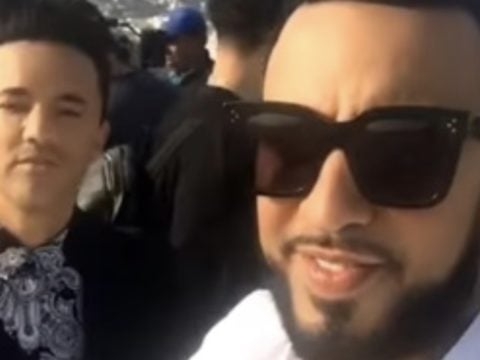 OVO Sound boss Drake and French Montana‘s highly-anticipated new single is hours away from premiering. The duo’s “No Stylist” single artwork has started to make its rounds online.

French Montana went to Instagram Tuesday (September 20) to break the news of “No Stylist” arriving Thursday.

Days prior, French released a clip of himself appearing at one of Drake’s tour stops.