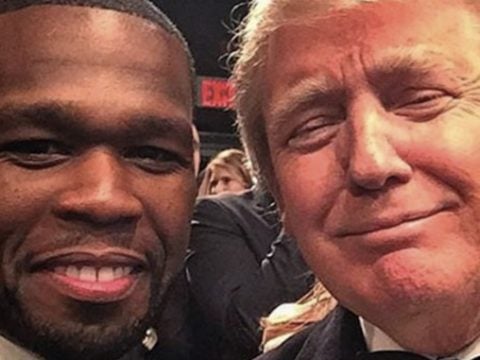 President Donald Trump can’t get enough Kanye West. The head of state has stepped forward to applaud Yeezy for showing him love during his “Saturday Night Live” appearance.

Trump hit up Twitter Sunday (September 30) to co-sign Kanye and take swipes at “SNL” for having a political agenda with its season premiere.

“Nah, I’m good. I’m good,” Puffy said when asked for his take on Kanye/Trump becoming publicized fans of one another. “I wouldn’t make a good president. I wouldn’t really pass any of the things that you have to pass, but I guess Trump did it . . . But no, I like doing what I’m doing. I don’t know if I could be responsible for the whole country.” (“Jimmy Kimmel Live!”)

A few weeks prior, Kanye’s wife Kim Kardashian dished on why he has remained super loyal to President Trump.

“He doesn’t necessarily agree with the policies. He likes his, kind of, personality. How he made it to be president when everyone really underestimated him. He’s not political, so he doesn’t really dig deep into what’s going on. I always knew that, and always knew what he meant.” (“Jimmy Kimmel Live!”)