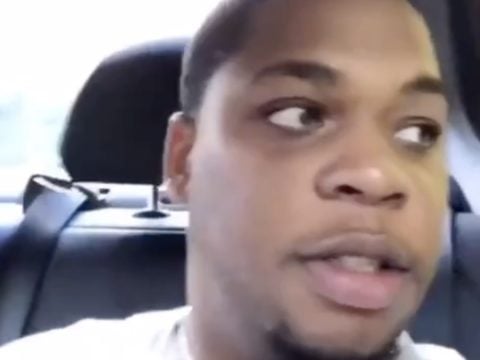 New York rapper Don Q isn’t here for the industry politics. The hip-hop newcomer has responded to rap rival Kodak Black allegedly reaching out to his pal A Boogie Wit Da Hoodie after initially calling them out to fight in a new video.

This week, Q released a series of clips calling out KB for trying to make peace with Boogie rather than hitting him up directly.

“That was not a real n*gga move posting that fake DM my n*gga. I thought you was a real street n*gga. You could have hit me directly and seen what I really said. We could have handled this sh*t like men. All that Internet sh*t is gay. I ain’t into none of that. I don’t care what you and Boogie spoke about. He told me you said you was drunk whatever n*gga. I don’t even matter. You ain’t hit me up. I’m not Boogie. You gotta hit me up, man, holler at me direct. I’m not into this Internet sh*t. If this is what this rap sh*t is about, y’all n*ggas might as well retire. Go to the WWF or some sh*t – all y’all Internet n*ggas – this is entertaining until a n*gga get shot and sh*t and y’all talking about stop the violence and all this stupid sh*t. Y’all n*ggas is corny too. That’s why I don’t try being n*ggas friends and sh*t. I don’t got no industry friends. I got a few people I f*ck with, other than that, y’all n*ggas is Bozos. I’m not going back and forth with nobody else on the Internet – anyone feeling a way about me and A – do something. That’s how you make your point. We ain’t giving nobody no f*cking one on ones. We jumping the sh*t on n*ggas.”

Earlier in the week, Don put up a since-deleted clip of himself watching Black box and dissing him.

Hours prior, footage emerged of Kodak saying he wanted to fight both Don and A Boogie.

The post Don Q Rips Kodak Black For Reaching Out To A Boogie Behind His Back: “I Thought You Was A Real Street N***a” appeared first on SOHH.com.