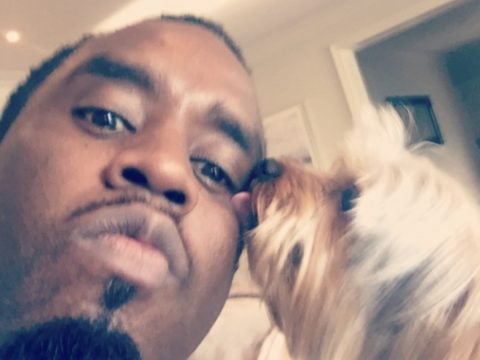 Bad Boy Records CEO Diddy is more than just a fan of Migos. The hip-hop icon hit up social media this week to share a motivational meme of the rap trio.

Puff Daddy jumped on Instagram Friday (September 21) with a shot of Migos’ past run-in with jail and another one of them leveling up with success.

Last summer, Diddy shared his frustrations with the lack of industry execs not investing in black enterprises.

“You have these record companies that are making so much money off our culture, our art form, but they’re not investing or even believing in us,” says Combs of hip-hop’s commercial dominance, especially through streaming. “For all the billions of dollars that these black executives have been able to make them, [there’s still hesitation] to put them in the top-level positions. They’ll go and they’ll recruit cats from overseas,” he continues. “It makes sense to give [executives of color] a chance and embrace the evolution, instead of it being that we can only make it to president, senior VP. … There’s no black CEO of a major record company. That’s just as bad as the fact that there are no [black] majority owners in the NFL. That’s what really motivates me.” (Variety)

Diddy also referenced the massive results which come from black-owned ideas and rollouts.

“We only get 5% of the venture capital invested in things that are black owned — black-owned businesses, black-owned ideas, black-owned IP,” he says. “You can’t do anything without that money, without resources. But when we do get the resources, we over-deliver. When Adidas invests in Kanye and it’s done properly, you have the right results. When Live Nation invests in artists and puts them in arenas the same way U2 would be, you have the right results. ‘Black Panther,’ ‘Black-ish,’ fashion; it’s all about access. If you’re blocked out of the resources, you can’t compete. And that’s my whole thing — to be able to come and compete.” (Variety)

In a past GQ interview, Diddy revealed his plans to launch a new app with rap icon JAY-Z to help people locate black-owned operations.

He said he wants to develop an app that will allow users to look at a given city or neighborhood and see where the black-owned and black-friendly businesses are. He didn’t want to say too much about the app. It wasn’t finished. He didn’t have a name for it yet. “This is not about taking away from any other community,” he said. “We’ll still go to Chinatown. We’ll still buy Gucci!” He laughed. “But the application will make it possible for us to have an economic community. It’s about blacks gaining economic power.” He and Jay-Z have been talking about this, he said, about moving the race forward actively, by means of: making a lot of money and putting it back into the community. (GQ)