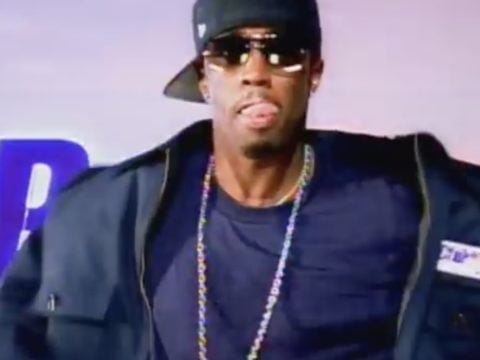 THIS IS A BAD BOY SPECIAL DELIVERY ALERT!!!!!! #takeDat

The early 2000’s anthem is sampled off Lil Wayne‘s “Uproar” banger and recently turned into a viral dance challenge.

In 2012, G Dep spoke out on confessing to an early 1990’s fatal shooting and, ultimately, receiving a 15-year to life sentence.

The jury’s decision to convict Coleman pushed both his wife and his mother to tears. But when Coleman returned to Rikers and got on the telephone, nobody could believe how he sounded. “He’s like, ‘Hey, how you doing, man?’?” says Jonathan “Kwame” Owusu, who was his manager. “He was upbeat. It didn’t make any sense.” Three weeks later, a judge sentenced him to fifteen years to life. “I was happy,” Coleman recalls. “It sounds crazy to say you were happy about getting a fifteen-to-life sentence, but I was. It just seemed to me like the end of a nightmare … I was living in 1993 for seventeen years.” (NY Mag)

“I know G Dep personally,” Grease told SOHH. “Even though probably after [confessing] he was sick about it, the whole confession was just a thing to clear his soul. I look at things differently, you know what I’m saying? When you see a man going through things, you can see something’s weighing down on him. I guess that was the thing. I just wish him all the best of luck. He’s got good fans, good friends and support for during his bid. He’s a good guy, overall. Hopefully he’ll get out on an early release.” (SOHH)

The post Diddy Remembers One Of G Dep’s Most Classic Hits: “This Is A Bad Boy Special Delivery Alert!” appeared first on SOHH.com.