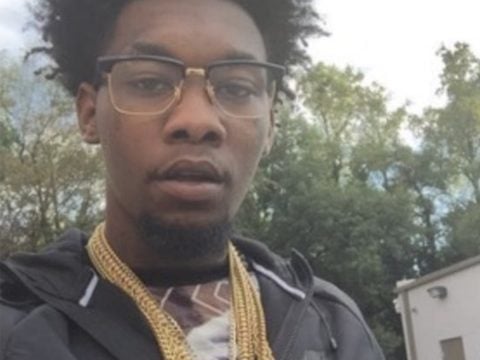 New Jersey rapper Joe Budden has a target on his back. The Revolt TV personality has received some e-smoke courtesy of Migos‘ Offset.

Screenshots have surfaced of Offset going at Budden and his new “State of the Culture” show.

In June 2017, Joe Budden and Migos sparked headlines after a heated interview.

The run-in started when DJ Akademiks brought up the subject of Takeoff not having a verse on Migos’s biggest hit, “Bad And Boujee.” He described this as a “running joke,” to which Takeoff replied: “You said I’m left off ‘Bad and Boujee?’ Does it look like I’m left off ‘Bad and Boujee?’” Co-host Joe Budden then raised the stakes by saying “Alright, we gotta wrap this up though” before dropping his mic and walking away before the end of the conversation. (The FADER)

Budden eventually came forward to speak on the situation’s aftermath.

“I’m not saying it wasn’t wrong my behavior. I’m not saying it wasn’t disrespectful. It was. I’m telling you that at some point it stops being about knowing right or wrong and it starts to become, “Is it worth it?” It 100 percent is worth it to me to let these little diva n*ggaas know that I don’t give two f*cks about none of this Migos sh*t. None of this sh*t. Y’all sitting here giving n*ggas y’all a** to kiss. I’m not with it. I don’t care about your super stardom. I don’t care about your success. F*ck all ya’ll. Y’all can get up. Y’all do not have to sit here. I didn’t want to talk to y’all anyway.”” (“Everyday Struggle”)

The post Cardi B’s Husband Offset Tries To Expose Joe Budden: “I Seen U In Barnes & U Ran” appeared first on SOHH.com.