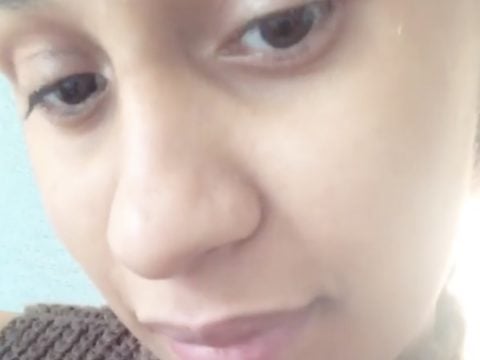 New York rapper Cardi B is going to have her day in court. New reports claim the hip-hop superstar is expected to turn herself into law enforcement for her alleged connection to a strip club fight.

According to reports, Cardi will surrender to police Monday (October 1) and eventually appear in court.

Sources familiar with the case tell TMZ, Cardi will be charged for allegedly ordering an attack on 2 bartenders at Angels Strip Club in Queens NY. The 2 bartender sisters — Jade and Baddie Gi — say Cardi had a long-standing beef with Jade because Cardi believed she had slept with Offset. Cardi — who was at the Strip Club because Migos was performing — came face-to-face with the 2 bartenders and allegedly told her posse to attack them with bottles and chairs. The 2 women were both badly hurt and required medical care. (TMZ)

Despite the seriousness, Cardi is not expected to be arrested when she turns herself in.

We’re told Cardi will likely be charged with 2 misdemeanors — reckless endangerment and disorderly conduct. She will not be arrested when she turns herself in … she will get a summons to appear in court on the charges. A source close to Cardi tells TMZ the attack was “spontaneous” and was triggered after someone threw a drink. They say nothing was premeditated. (TMZ)

The post Cardi B Won’t Put Up Fight W/ Cops, Rapper Expected To Turn Herself In appeared first on SOHH.com.